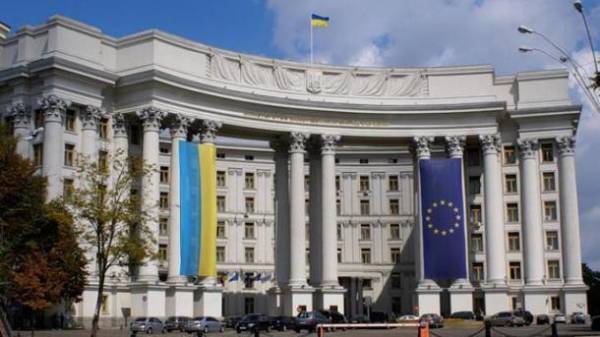 Ukraine is grateful for the European Union’s position regarding non-recognition of the occupation of the Crimea and the extension of the “Crimean package” of sanctions against the aggressor country. This is stated in the statement on the website MFA of Ukraine.

“We appreciate the ongoing attention of the EU to the development of the situation in the occupied Crimea, which is characterized by serious systemic violations of human rights, in particular the escalation of repression by the occupation authorities against ethnic Ukrainians and Crimean Tatars. The support of the EU and partners is key to the restoration of the territorial integrity of Ukraine in accordance with international law,” – said in a statement.

The foreign Ministry noted that the sanctions policy of the West is one of the most effective tools of international pressure on the state of the occupier.

“We also hope to extend the validity of sectoral and EU economic sanctions against Russia to fully implement its international obligations and stop the aggression against Ukraine in Crimea and the Donbass”, – stated in the message of the foreign Ministry.

As it became known today, the European Union to “punish” occupied Crimea and Sevastopol city by the extension of sanctions for another year after the illegal annexation of the Peninsula Russia.

We will remind, heads of state and government of member countries of the European Union at a summit on 22-23 June in Brussels will consider the issue of extending the sectoral economic restrictive measures against Russia.