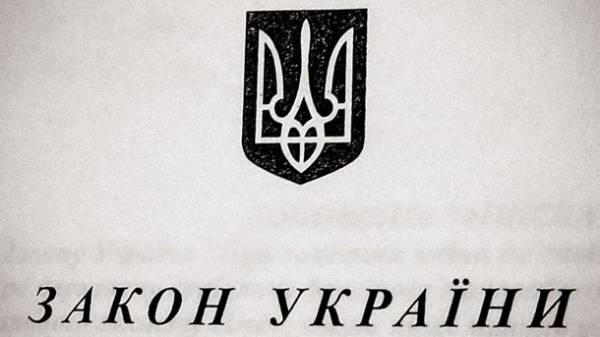 The provisions of the bill on the reintegration of occupied territories of Donetsk and Lugansk regions repeat the articles of the law on the defence of Ukraine. Comments about this “Today,” said military expert Oleg Zhdanov.

In particular, the expert sees no reason to give the President the right to impose a state of emergency or martial law in certain districts of Donetsk and Lugansk regions.

“Why would the President give the right (to impose emergency or martial law in certain districts of Donetsk and Lugansk regions. – Ed.) if the law on defense of Ukraine, which clearly spelled out the criteria for when the President is obliged to enter the military or state of emergency? There is the Constitution of Ukraine, which clearly stipulates the actions of the President and the Verkhovna Rada, including in case of violation of the territorial integrity and sovereignty of Ukraine. Why reinvent the wheel if it is already there? Now they will try by any means to disguise, to preserve the status of the ATO. Now we will have to drive 40 years in the wilderness as Moses, telling that it is the best it can be,” – said the expert.

In addition, as noted Zhdanov, a rule on the creation of a single Headquarters that will report to the President and which will include SBU, Mat, Netpolice, SES and other agencies actually duplicates the provision of the law on defense of Ukraine on the introduction of Supreme commander, which is the sole management body of the territory where martial law.

“A civil-military administration, and all law enforcement agencies – all subject to a single command. It’s what you ask to do the President in 2014 – martial law on the territories we do not control and establish the rate of Supreme commander, which dealt with issues of the armed conflict. The chief of staff was never created, and if you take the defence act, there are 25 conditions, which in the case of the introduction of martial law being implemented. Now, of these 25 points are 12 various other legislative acts. They began to “break” this law: Cabinet decree, ruling, BP, changes to some laws, to give additional powers to the security forces to enter the military-civil administration (this is actually also one of the points of introduction of martial law or state of emergency). That is, they gutted a perfectly normal act and washed out the duties of the President for the implementation of article 5 of the Constitution”, – concluded the expert.

Earlier, during the conciliatory Council in the Verkhovna Rada in the PPB announced the adoption of the bill on the reintegration of Donbass before the end of this session. The working title of the bill, which is developing a parliamentary working group on the basis of the national security Council, “the peculiarities of the state policy on restoration of state sovereignty in the Donbass”.

The document provides for the transition from counter-terrorism operations to the military, gives the President the right to impose emergency or martial law in certain districts of Donetsk and Lugansk regions, as well as creating a single headquarters for the solution of problems of Donbass, which will include SBU, Mat, Netpolice, Gccsi other agencies.

In addition, according to MPs who are part of a workgroup, the bill will significantly simplify the inhabitants of the occupied territories, the execution of documents, obtaining of various permits and certificates, benefits and pensions. The document is fully based on the Minsk agreements and envisages exclusively peaceful reintegration of Donbass.