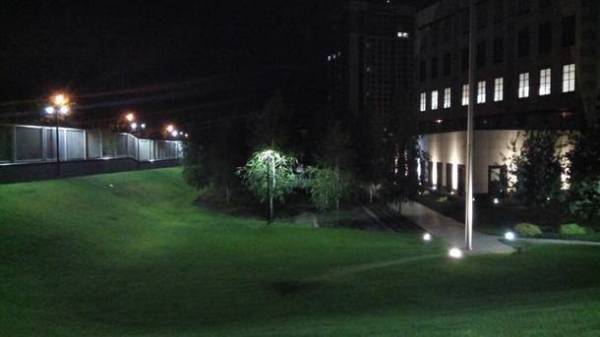 On the territory of the Embassy of the USA in Ukraine, the attackers left, probably a firecracker or a flash-Bang grenade, the explosion which is a real threat for people not represented, said the Deputy head of the national police of Ukraine – the chief of the Department of national police in Kiev Andrey Krishchenko.

“First, the crime was qualified as a terrorist act because there was an explosion, and by their appearance it was the use of grenades. After the initial inspection and investigation, including we helped our American colleagues, it was found that explosives were not, and most likely a squib or a stun grenade was detonated, so the case was changed to hooliganism,” – said Krishchenko.

According to him, the investigation examines an array of evidence, including that provided by the U.S. Embassy videos.

Answering the question whether the suspects and for what purpose the crime was committed, the head of the Central Directorate of police said, “versions of who could do it, a lot, but yet some concrete directions that we understand that by following him we will select the individuals who committed this crime.”

On specifying question, whether it could be some kind of warning, A. Krishchenko said, “Any threats or warnings in Netpolicy of Kiev and, as far as I know, the Central office has not been received. There was no information warning about the further development of events.”

We will remind, in the night of June 8 unknown thrown into the territory of the diplomatic mission explosive device. As a result of explosion nobody has suffered. Police preliminarily qualified the incident as a terrorist attack.