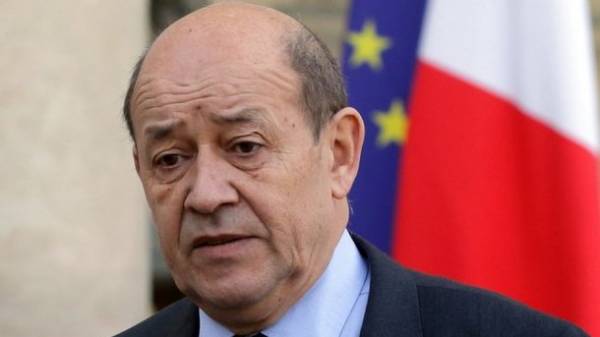 On 20 June the foreign Ministers of France and Russia, Jean-Yves Le Drian and Sergei Lavrov in Moscow to discuss “crisis in Ukraine”. This was at the briefing in Moscow said the official representative of Russian foreign Ministry Maria Zakharova.

“The main topic of discussion will be joint efforts to establish effective cooperation in the fight against terrorism, in the settlement of crises in Syria, Ukraine and other pressing issues on the international agenda,” – said Zakharov.

According to her, the parties will consider selected issues of Russian-French relations and the schedule of upcoming political contacts.

Earlier it was reported that the meeting of leaders “Channel four” (France, Germany, Ukraine, Russia) will take place during the summer.