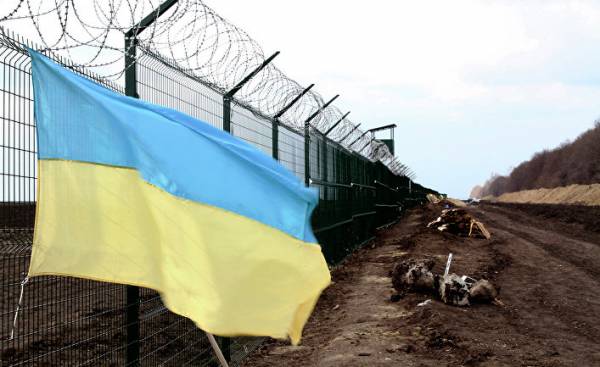 Dmitry, a former fighter of the volunteer battalion “Donbass”, in shirt khaki stands in front of the tent and looks at the empty road leading from Mariupol to Donetsk. Already almost do not go trucks that one would see, he and his people want to close their positions in the village of Bugas. “Of course, we achieved something. But the government continues to do business with the enemy, it is corrupt through and through”.

The villagers gave them a goat as a food, says Dmitry. “But we kept it. And called Poroshenko”. In honor of the Ukrainian President Petro Poroshenko.

Sunday in the Schengen area enters into force visa-free regime for Ukrainian citizens. After more than three years after the Pro-European Maidan Europe opens its doors to Ukrainians. And they now raise a wall which would separate them from the big neighbor in the East — from Russia. And that is likely to be full of loopholes.

Dmitry and his men were veterans of the war in the Donbass, which began in January to block railway communication of Ukraine to the rebel regions. Their main argument: with the help of trade financed the war against their own soldiers. First, the President Poroshenko accused them that they only contribute to the growing influence of the Russian aggressor in the rebel regions. “It destroys Ukraine in the Donbas.”

But in mid-March, the state government changed their mind and have declared economic blockade to the rebels. Then the national Bank has forbidden the five branches of Russian state banks any remittances to their head offices.

After that not only Western politicians talking about freedom of speech in Ukraine. “That’s stupid, it’s the same thing that they would ban you from Facebook or Google,” complains taxi driver Vladimir of Kiev. In fact, in social network Vkontakte 20 million Ukrainian users. About 1.5 million within two weeks moved on to Facebook, others have established programs that still allows them to access blocked sites.

Kiev in may is even more limited proportion of Russian-language television programs — up to 25% of broadcasting time. But the Parliament is discussing the introduction of a visa regime for Russians.

The Minister of foreign Affairs of the Russian Federation Sergey Lavrov has threatened reciprocal introduction of a visa regime for Ukrainians. In 2016, Europe’s Schengen visa was visited by 1.36 million Ukrainians, however, at the present time in Russia is over 2.3 million Ukrainians, most of them as guest workers. If Russia does impose visas for Ukrainians, they can EN masse to go to Europe in search of work.

Many Ukrainians are wondering why now, after more than three years after the start of the war in the Donbas, actively introduces sanctions against Russia. “The behavior Poroshenko seems doubtful,” says political scientist Denis Bogachev from Kharkov. “He’s doing like he’s a radical nationalist, but he is not”. Podyachev points to a study by the Stockholm Institute for peace studies (SIPRI), according to which Ukraine in 2016 has put the Russian military products in the amount of 169 million dollars. “We are ruled by money. And where money rules, it is possible to pay off and sanctions”. It is no coincidence that the Russian Orthodox Church not yet affected by extensive sanctions.

Dmitry and other activists blockade waiting truck that will take them along with the equipment in Bakhmut on the other post of the blockade on the border with the territories of the militia. “There we need more people.” Where’s the goat by the name of Poroshenko? “We gave it front-line soldiers of the 33rd battalion,” grinned Dmitry. Looks like Poroshenko will be in the pan field kitchen. 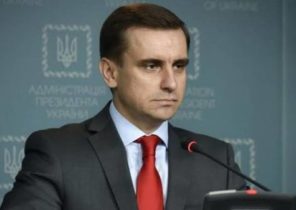