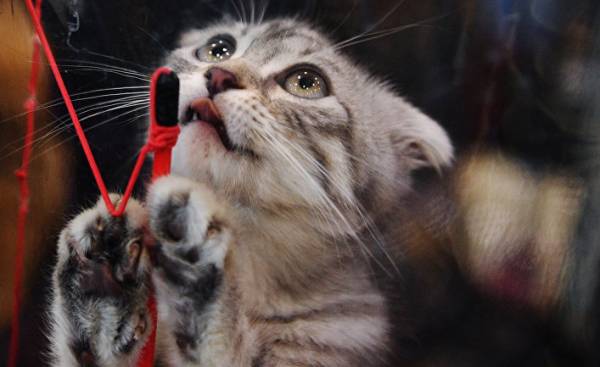 Cute kittens, Nutella and sneakers. These are all important components in the program of recruitment of Western youth in the ranks of the supporters of ISIS (a terrorist organization banned in Russia — approx. ed.), shows a new report from the Swedish Institute of total defence, FOI.

The report shows that many of the young ISIS supporters identificeret yourself with a new kind of subculture, which is called Jihadi Cool.

They listen to violent jihadi rap and look well made videos about ISIS on Youtube. Their style of dress stems from the so-called uniform “Islamic state”, which consists of black baggy pants, black sweater and sneakers. The culture of Jihadi Cool is characterized in that offers samples to which young ISIS supporters can contact and with whom they want to identify themselves.

“Young supporters of ISIS show every indication that they have their own subculture with its own style of dress, music and other cultural manifestations,” says the Fox Kaati (Lisa Kaati), researcher at FOI and one of the authors of the report.

“The fact that young people more than others, tend to accept extremist ideology. Young people are easier to attract because they are in a less stable phase of life, and they have established points of view. And then here, probably, plays a role the same spirit of resettlement that forced the Swedes to emigrate to the United States in the nineteenth century — he makes young people to join the Caliphate. ISIS can promise the house and a good salary, then that family suburbs, where there is crime and discrimination, apparently, can’t offer,” adds the researcher.

The report shows that brands and recognition are important factors for recruiting sympathizers of ISIS. For example, ISIS distributes pictures of Nutella and Skittles candies to show that the Caliphate is all the same as in Western countries. ISIS has also mastered the Internet-receiving and posting photos of cute cats, which at the ISIS supporters, petting them and sleep with them.

It may seem contradictory that ISIS uses the same cultural symbols that the society which it seeks to destroy, but, according to the report, the reason may be that lifestyle should be above ideology, if they want to attract young people from the West.

“ISIS propaganda is typical of quality that resonate the photos and messages. Propaganda appeals to the human senses in the same way as successful advertising,” says Fox Kaati.

Propaganda, designed for the Arab world, different from that which applies in Western countries.

“She used to anascorbemia country more militant, whereas Western is characterized by more of a desire to attract young people to the Caliphate.”

Assessment of the security police, more than 300 Swedish citizens left the Caliphate to join ISIS.

ISIL has for several years publishes high-quality video, photos and texts on their own official channels.

“There is information that many talented people who worked, for example, in the PR agencies of the United States went to the Caliphate, and then taught others. If they are able to attract the capable PR man or rapper, they can get an important role in the organization and turn into a powerful marketing force,” says the Fox Kaati.

In a bloody terrorist attack, which was held in London on Saturday, is not unexpected. In the last issue of the newspaper of the terrorist sect have published several articles about how the vehicle and the knives can be used for a terrorist attack.

“This is a simple way to organize a terrorist act if the person is not too much other means. Yes, take the truck go into a crowd of people, and there is no truck — take a knife, it would have almost everyone.”

FOI carries out assignments from the government with regard to the analysis of extremist violence in social media, but at the moment there is no one who followed closely all that is written on Internet forums in Sweden.

“We are working slow and have no continuous monitoring of the propaganda, but I think it would be a good idea to organize it, especially given the results of our computer analyses, which showed that increasingly talked about knives and vehicles as weapons,” says the Fox Kaati.

It would be nice to have a more active analysis of propaganda, she said.
“We just think about the capabilities that would enable the FOI to conduct a more consistent and continuous analysis of propaganda, to be able to help law enforcement. In the framework of our government jobs, we analyze only information from open sources and are therefore not covered, for example, the messenger service Telegram, which has become a popular platform for the spread of ISIS propaganda. A more consistent analysis of open sources would be a good addition to the operational work of law enforcement bodies”.