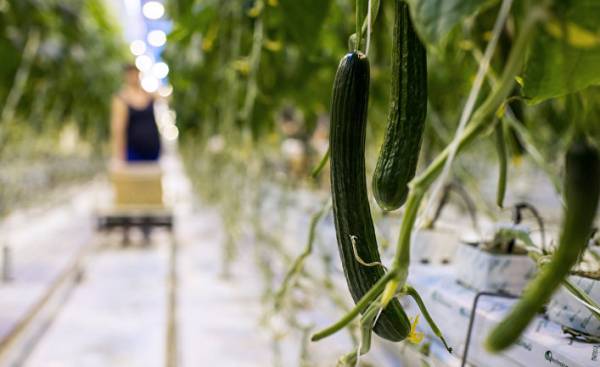 “Agricultural war” between Russia and Turkey, disrupting both parties, ended, but the veto of Moscow on Turkish tomatoes is preserved. Why — versed Hürriyet…

In “wars around agricultural products” in the period of crisis in relations of Russia and Turkey, Moscow has lost $ 1.5 billion, and Turkey 1.7 billion.

With the normalization of relations President of Russia Vladimir Putin has cancelled restrictions on import of agricultural products from Turkey. But one exception all was the question: why the Russian veto on Turkish tomatoes stored?

Hürriyet dealt with elsewhere in this issue, we received a clear answer: in Russia, where seven months of the year is dominated by cold, a very strong greenhouse lobby. Putin, despite the fact that he attaches great importance to the normalization of relations with Turkey, went to meet the Russian tomato lobby and made an exception for him. Turkish tomatoes can not get into Russia at least three years.

Hürriyet found out the following.

1) create a greenhouse for the cold season

Over the past two years in Russia with the investment of about $ 600 million dollars had built greenhouses with a total area of 500 hectares. By 2020 this area is expected to increase to 1.5 thousand hectares. Russia, which has stimulated such a large investment, given the crisis in relations with Turkey, now does not want to leave their business with nothing. If the ban on Turkish tomatoes will continue for another three years, it could offset the investment costs. Of course, to seek a solution to the problem by growing greenhouse tomatoes in such a cold country as Russia, is to burn dung to cover the energy deficit of Turkey, or to pedal to generate electricity. It is extremely difficult!

In Russia to get products from one hectare of greenhouse space, you must consume two megawatts of electricity. If we consider the infrastructure works and sub-optimal logistics, it turns out that one kilogram of tomatoes cost three times the price of Turkish tomatoes. Even is one of the most productive greenhouse plants of Russia, as “Lobaccaro” announces the price of one kilogram of tomatoes at 63 rubles (about four dollars). In short, Russia’s decision to veto Turkish tomatoes in the interests of the Russian tomato lobby, but is expensive for the Russian consumers and Turkish exporters.

3) the Tomatoes in the minority

In closed greenhouses, built by American technology Ultra Clima, grown not so many tomatoes, how much, as a rule, cucumbers. Currently, they constitute 60% of all greenhouse products. And tomatoes, which Russia does not want to buy from Turkey, is about 20%. The remaining 20% on such agricultural products as black pepper. Particularly intensive greenhouse production is carried out in the South of Russia, in Krasnodar, Stavropol, Northern Caucasus. In these regions is 50% of all greenhouse space. In addition, the Russian government is trying to stimulate the creation of greenhouses in Siberia, Altai, Novosibirsk, and Vladivostok. In other words, the construction of greenhouses in Russia, which gained momentum under the impact of the crisis in relations with Turkey is actually part of a larger plan…