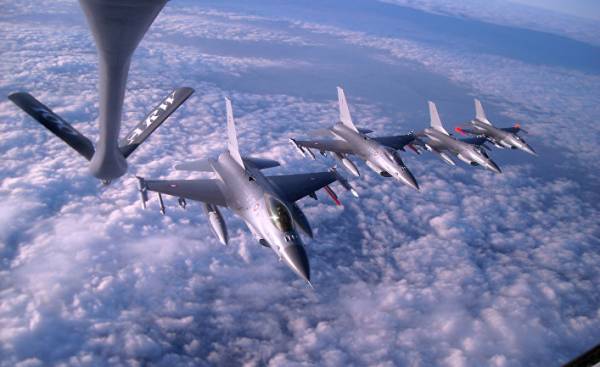 Defense Minister and most politicians believe it is unrealistic to allocate 2% of GNP of Denmark for the defense, as it is required by the United States. But Denmark many years lived entirely in accordance with this requirement, as shown by the report of the NATO. “Of course, for 2% it is possible to be back,” says Uffe Ellemann-Jensen (Uffe Ellemann-Jensen).

When he is in a period of five years from 1982 to 1987 he was Minister of defence of Denmark, had every time, when the Soviet Union and the Warsaw Pact conducted huge military exercises near the border of Denmark, there is anxiety: will not deploy if the enemy tanks, missiles and a huge military unit to send them to Denmark?

“The Warsaw Pact regularly and often conducted very large military exercises, which were attended by all of their armed forces. Aircraft, Navy, military units and huge clusters of armored units in a short time was in East Germany, and we been worrying, not if they want to move on from the teachings with such a large number of soldiers and military equipment to this attack,” says Hans Engell.

Tensions during the cold war led to the fact that the Soviet Union and the Warsaw Pact at that time was the direct military threat to Denmark.

After the fall of the Wall in the nineties, this threat disappeared, and in 1998, the Commission of the armed forces, and then and politicians in Christiansborg came to the conclusion that Russia, which became the Soviet Union, no longer represented a danger to the security of Denmark.

The threat is back

Today the Russian threat is back. Defence Minister Klaus yort Fredriksen (Claus Hjort Frederiksen) called it “frightening” and compared the tension with time of the cold war.

President Putin annexed Crimea and attacked the Eastern part of Ukraine. Russia is mobilizing large military units along the border with the Baltic States. She placed in Kaliningrad missiles that can reach Copenhagen, and under the control of the state Russian hacker group ready to attack Danish hospitals and vital parts of infrastructure, as already stressed several times yort.

The Russian threat is back, and the Danish defence budget is far from what it was in the country during the cold war.

In the seventies and eighties, according to which NATO is prepared to Berlingske, the defence budget was 2% of the gross national product (GNP).

The defense budget of Denmark in relation to GNP is the subject of difficult political discussions in which the government by the autumn tries to win the support of the majority.

In 2018 should join the new defense budget, and Klaus yort is facing several challenges. It needs to find solutions that will be able to prepare the armed forces to meet the new challenges.

Barack Obama (Barack Obama) all played with this requirement, and the Minister of defence of the USA James Mattis (James Mattis) in February set an ultimatum to the rest of the countries: they should increase the budget at least to 2%, otherwise the US will reduce its involvement in the military community.

In addition, Donald trump (Donald Trump) repeatedly made statements that sowed doubts about U.S. actions and their participation in NATO. He threatened that he would not comply with the so-called musketeer oath to protect countries that do not fulfill financial commitments.

In the paper the government stated that the armed forces must have “substantial support.” However, the achievement of the goal set for NATO is, as stated several times Klaus yort, unrealistic.

But for Allamanda Uffe-Jensen, who was closely involved in the issues of defense and security, as Minister of foreign Affairs in the government of schlüter (Schlüter) from 1982 to 1993, it is clear that the ambitions significantly increased because back the threat from the East.

“Today, we are faced with the threat, which in many ways is even more dangerous than existed during the cold war. At that time, the danger of mutual destruction led to the fact that, in the end, nobody believed in the possibility of war. Today there are new threats that were seen in Crimea and Eastern Ukraine, hacking attacks and interference in the Affairs of Western democracies with the help of fake news. All that considering Putin’s conduct contributes to today’s threats,” he says.

Therefore, Denmark must listen to the request of the US to the presence of our armed forces in NATO has had on the Russian deterrent effect, although there is no need to have 2% of the GNP, said Ellemann Jensen.

“In the eighties target was 3% of GDP, so today it is possible again to have 2%. The question is only to make a political decision. Sweden and Finland are not NATO countries, but pretty considerably increase your defenses. The Swedes again introduced compulsory conscription, and the Finns greatly enhance its readiness. Therefore, we will not be able to avoid having to spend more money on defense. We just stopped paying enough attention to our regional defense, taking part in operations in other parts of the world,” he says.

When Denmark in the eighties, usedona greater share of the economy to defense, the money went in the first place, at providing a large number of people, which can be rapidly mobilized in the event of a threat of a real attack of the Warsaw Pact.

“The Warsaw Pact and the Soviet Union was at that time a notable threat to Denmark. Therefore, the money went primarily to maintain a large number of recruits. Numerical strength of the armed forces ranged from 90 to 100 thousand people, provided that the protection of Denmark have been called everything. Today, that number is much smaller, and the current military is more prepared to participate in operations abroad than to protect the country,” says søren Nearby.

Significantly larger Danish armed forces during the cold war was more geared to protect the Danish people, said Hans, Angell. So it was easier to find support for broader use of the army.

“During all these years there was not one of the family, fathers or sons which would not wear the soldiers’ uniform for a shorter or longer time. And this creates in people a different attitude to the need of defense,” says Angell.

Despite the greater awareness, politically, however, it was not easy to increase the defense budget, said Hans, Angell that on a post of the Minister of defence tried several times to increase the allocations to Denmark could live in accordance with the requirements of the time and to invest 3% of GDP in defense.

He noted, at that time the biggest skeptics in relation to the defense of the social-Democrats and radicals, but today discussion in Folketinget defence and the Danish international missions supported by a large majority.

Military analyst Vedby Rasmussen, Mikkel (Mikkel Vedby Rasmussen), Professor and head of Department of regional geography, University of Copenhagen, draws Parallels between the risks of the cold war and currently the risk. He believes that the Danish defence and security policy, need more realism.

“Always the job of politicians is to say: no, we will not spend the money on defense, and for other purposes. But one cannot say that Russia is dangerous and that we need something to do with it. Not at the same time to say that ISIS (an organization banned in Russia) dangerous, and that we have something to do with it. Therefore, it is necessary to say that this should be done other. But if what we say and what we do should be connected together, then we are forced to spend much more on defense,” he says.

In 2017, Denmark uses 21.3 billion kronor on defense. But, according to the Ministry of defence, this amount should be of 41.9 billion kronor to get the most 2% of GDP. The increase of 20.6 billion kroner.

However, Mikkel Vedby Rasmussen does not believe that it is necessary to use 2% of GNP, because the Danish armed forces are very effective.

According to him, while in relation to GDP, the Danish defense budget down, and down, in the crowns and öre after the end of the cold war, he was basically motionless.

Today the conservatives want to increase defense budget by more than 2%. The Danish people’s party are very close to this position, while the social Democrats and the government believe that the budget needs to be bigger to fit the picture of the threat, but the numbers are not called.

Klaus yort Fredriksen writes in his written response: “on the Basis of political development, the government wants, as it follows from the government document, go to the upcoming negotiations on a new military budget for the 2018-2022 year with the intention to give the defense considerable support. At the same time, we must consistently be among the best in NATO, to obtain the effect of the use of money.”

Thus, much indicates that the next defense budget is completely do away with the weakening of the priority of the defense budget of the country. The politicians are for it.

And this could be a complete rejection of the consensus of 1998, when the Committee on defense under the leadership of the social democratic Minister of defence Hans Haekkerup decided that security no longer has risks associated with Russia.

However, there was one politician who protested particularly strongly recalls Hans Engell.

“Arne Melchior, representative of the Centre-Democrats responsible for defence, under any circumstances didn’t want to join in this language. He said that all the experts is likely to have this opinion, but what he and his Jewish origins knows very well how Germany during the period from 1933 to 1939, from a devastated country turned into the strongest military power in Europe, leading an aggressive war”, said Hans Engell.

“It made a big impression on all of us, because Arne Melchior was part of the story, and I remember how we sat and discussed it. Today we see that it was not so many years, and the threat appeared again. And we see that he was right,” says Hans Engell.

Secrets of State: the Titan against racketeering and vodka as a “lubricant” in the way