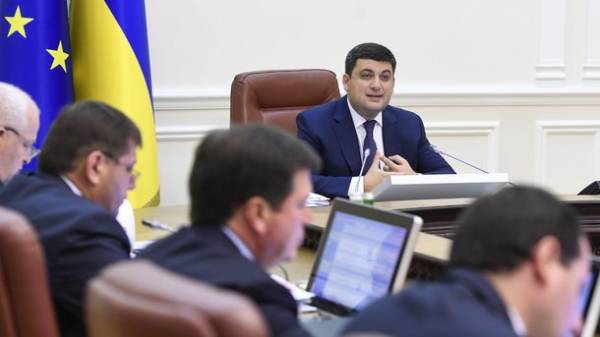 Prime Minister of Ukraine Volodymyr Groysman does not approve the decision of the Minister of agrarian policy and food of Taras Kutovy and the Minister of information policy Yuri Stets, who submitted resignation, but will be forced to agree with them.

“I see now a lot of speculation, someone who is resigned to go. I can say the following: the position of Taras Kutovy, the position of Yurii Stets is their personal position that I do not share, but which I have to agree because it is their decision and I respect him,” said the Prime Minister during his working trip to Chernihiv on Thursday.

Groisman noted that “a further matter for the Parliament”, which should make the decision on this issue, then the coalition will have to discuss possible candidates and give their head of government.

We will remind that earlier the head of Ministry of agrarian policy Kutovoy and the Minister of information policy stets resigned.