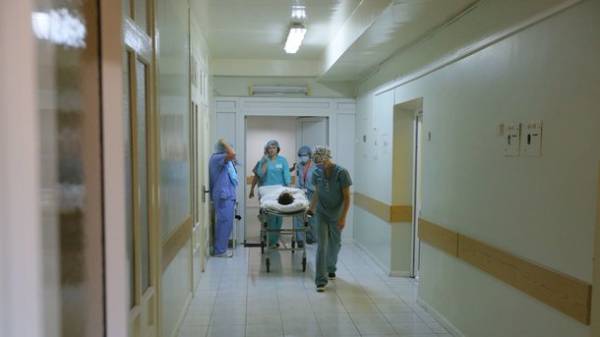 The Ukrainians are happy with cheap drugs, but I don’t understand why to sign contracts with doctors, and against the financial independent hospitals. These are the results of sociological research of the attitude of the people to madrepore, which in may was conducted by the group “Rating”. “Today” figured out that new medicine, including those not yet launched, people evaluate positively, and which negatively.

POSITIVE AND DOUBT. According to the survey (surveyed 1,200 people in all regions), the current quality of medical services in the country satisfied only 9% of people. The Ukrainians are sympathetic to the program “Affordable medicine”, which is supported by 88% of respondents. Also people like strict control by the Ministry of health to build a hospital OKHMATDYT (80%). However, the survey also revealed reforms, not clear to all Ukrainians. Such was the initiative of introducing treatment protocols on the basis of “evidence based medicine” which were unable to determine 31% of Ukrainians. The issue of contracts between doctors and patients has led to a screeching halt a fifth of all respondents, and their attitude to reference pricing on medication (when they were price focused on price in the next States) undecided 23% of respondents. “Netprotocol on “evidence based medicine” — is more complicated for people topics. They are more difficult to explain and communicate. According to reference pricing — the fact that this program, which applies to certain categories of the population, and the survey was conducted among all Ukrainians. In addition, it started only in April — it would be naive to expect that just two months the program was appreciated by all,” says a medical expert RPR Alexander Yabchenko.

AGAINST. Not all Ukrainians supported that a state can refuse to pay for treatment, if a person neglects their health (40% against). One third did not like the proposal that providers will be able to work as entrepreneurs and use tax exemptions. Another 28% of respondents did not support the government in hospitals. Also the survey found that almost half of respondents (47%) believe that the quality of medical services deteriorated. “In fact, serious structural reforms has not been the key bills stalled in the Parliament — began to act only certain provisions of the reform. Also it was still not enough time to take today felt people need a full cycle of one year”, — said the head of NGO “Initiatives in public health” Andrey Guk.

Loyal to the West and South. Most initiatives of the Ministry of health support in the West and South of Ukraine. Those who live in the Central, Northern and Eastern areas are more inclined to critically assess innovations in the field of health. “In small towns, which are very much in the West, positive changes in health more visible, since there often lack the necessary drugs, and in local hospitals has enough problems. Therefore, the inhabitants of the West is really waiting for reforms. In the South people are more open minded and therefore easy to support any initiative, including from the Ministry of health”, — told the “Today” psychologist Lilia Voronin.