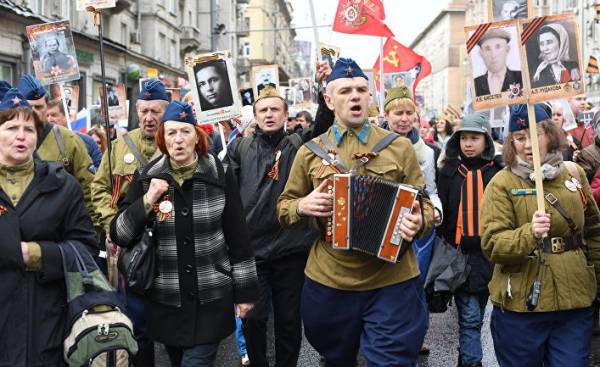 This year in Moscow have observed abnormal weather in may it was snowing. Even on the day of victory over Germany (may 9), which in Russia is considered a major holiday, the temperature warmed to just four degrees. Military parade on red square took place under heavy rain clouds.

If Victory Day is expected bad weather, Russian troops carried out a special operation in order to provide a clear sky. Before the rain clouds reach Moscow, military aircraft spray them silver iodide and liquid nitrogen to rain in advance. However, this year it didn’t help, resulted in an extraordinary situation: was cancelled flypast.

And on the celebration of Victory Day this year close to President Putin sat only one foreign guest. This is a Pro-Russian President of Moldova Igor Dodon. During the military parade, and at the time of laying flowers to the tomb of the unknown soldier, Mr. Dodon was close to Putin, like a guardian angel that only intensified the impression of the loneliness of the Russian leader.

In celebration of the 60th anniversary of Victory in 2005 was attended by heads of developed countries such as USA, France and Germany. In 2015, the 70th anniversary of the Victory, despite the fact that Russia has been isolated in connection with aggression in Ukraine, the military parade was watched not only by representatives of the countries of the former USSR, but also the heads of different States, including China and India. You can make allowances for the fact that this year is not a round number, but this event contrasted sharply with the previous, producing a dull impression.

In Russia, the Second world is called the great Patriotic war. It is expected that this war killed 27 million Soviet citizens. Nevertheless, the fact that the heads of the former Soviet republics this year has not arrived to Moscow, apparently, suggests that they are not satisfied with the style of the celebration of Russia.

Unlike European countries, which focus on grief and reconciliation, Russia emphasizes that it is the country of the winner, which freed the world from fascism, and it multiplies the fame, conducting large-scale military parades. This is the reverse side of that in Russia in addition to Win nothing unites people. Meanwhile, the neighboring countries do not share these values.

In 2008, Russia has used military force against Georgia in 2014 against Ukraine. All this has caused serious concerns in the post-Soviet space.

In the countries of the former Soviet Union was held a March “Immortal regiment”. People carried photos of their relatives killed in the war, thus honoring their memory. In recent years, in Russia it was conducted under the auspices of the government, becoming a tool of state propaganda. This year Tajikistan and Uzbekistan refused to host the event for religious reasons.

This is just the tip of the iceberg, which indicates the remoteness from Russia.
Ukraine bans Soviet orders and proceeded to dismantle monuments to Lenin and other Soviet leaders. She embarked on the path of rapprochement with Europe and are willing to part with the past. This year the Ukrainians and Georgians do not need to obtain a Schengen visa for a short stay.

Kazakhstan, being in friendly relations with Russia, promoting the modernization of the public consciousness as the key to development. He made the decision to replace Cyrillic script imposed in the Soviet period, Latin. Even in Armenia and Belarus, who have always been Pro-Russian countries, Pro-European forces have become frequent anti-government demonstrations.

In recent years, Russia, worried about the decline of its influence, began to use military force and to strengthen propaganda. The result is a vicious circle: neighboring countries are becoming increasingly afraid of Russia and move away from her.

Even in Russia itself, many do not propose to dwell on the bitter past, and to increase the attractiveness of the country, offering prospects for the future, however, the Putin administration is unlikely to listen to such opinions. In relations between Russia and its neighbouring countries will still be a lot of UPS and downs… I felt in rainy Day. 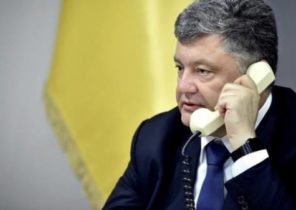 Anniversary of “operation Vistula” and the demolition of the monument: was Poroshenko and Duda