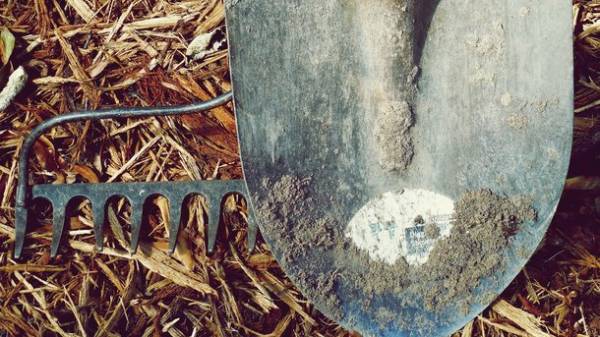 In April, there was a significant increase in vacancies in Prospero such as the extraction of raw materials, the non-profit sector as well (in the summer) tourism, hotel and restaurant business, says the expert of the expert-analytical center “HeadHunter Ukraine” Catherine Krivoruchenko. At the same time, there was a decline in Advisory services, decreases the number of offers for domestic staff.

Most active in April, employers of Kyiv and Volyn regions. “The surge in vacancies observed in the Kherson region, which may be associated with the field season and the opening of recreation facilities, — explains Ekaterina, Krivoruchenko. — Not very active employers in Poltava, Chernivtsi and Zaporizhia regions.”

But the level of competition, according to experts of the expert-analytical center HeadHunter has not changed in comparison with March: for the one vacant place, as before, expect three specialists. The high level of competition among the top managers in the sphere of extraction of raw materials. Accountants also have to work hard to
find a new job.

Immediately after the introduction of the new minimum payout experts told us that it will take three to four months to see its first fruits in the labor market. It has been almost five months with us paying the price for new, but according to a leading expert in social and gender programs at the Razumkov Center Olga Pishulina, employers that are still unhappy.

“It is clear that they would be will — generally would not pay, — it jokes. I think people are trying to circumvent the law, perhaps looking for tricks with the design of the work. The problem is that the information from the state service of statistics — not in full”.

According to the expert, to focus on official statistics are generally difficult: the information is presented in a somewhat different light than years earlier, and analysts have to collect it bit by bit from his own observations. So, it is known that substantial reductions were in education and medicine, and what is the situation in the commercial sector is unclear.

“Civil service statistics works with the information that she passed. And we know that 60 percent of business activities — in the shadows. That is, most of the companies do no data about its States did not submit,” she explains.

OTHER SIDE OF THE COIN

The need to raise the minimum wage employers mainly adopted, agrees Yuri Body, the Director of Department of development of social insurance of the Federation of employers of Ukraine. All to say I understand that at 1600 UAH per month in the legal sector for a long time already nobody works.

“At least only pay for unskilled labor, part-time, in the case of concurrent employment (e.g., cleaners), he explains. — However, now businesses are on this labor saving: it has risen significantly”.

Of the Federation of employers managed to reduce payroll burden — according to Kozovogo, the law removed the binding rate of the first tariff level to the minimum wage. If this bet also, according to the old rules, was equal to 3200, it would mean that all subsequent bets tied to it and a minimal, automatically jumped too, and would have increased the total wage Fund of each enterprise twice. This loads the domestic business has clearly not be pulled, said the representative of the Federation. So, today the rates are reviewed only on the basis of agreements between the staff and the employer and requirements of the trade unions, where they are active.

In the public sector, according to Yuri Kozovogo happened egalitarianism: the Technicals-the nurse, due to all the surcharges for harm, or guard, for nenormirovannym, gets as much as a Junior doctor (inconsistency have already realized, the problem slowly resolve, say in MOZ). Statistics Body says, do not have enough, but, according to the observations of the Federation, a lot of polustanochek today or dismissed, or transferred underground.

“It’s all about the single social contribution: regardless of the actual salaries of ERUs cannot be lower than this, which is paid with minimum wage (740 UAH), says the Body. — Part-time jobs arranged primarily the disabled and mothers of young children, and employers came to meet them often instead of one standard unit kept two or three of polustanochek. Now it turns out, though the person working for a third/half of the bet ERUs for him to pay in full size — 740 UAH. In this case, it is advantageous to take one employee at full salary — it will cost the same amount of a single payment”.

For small companies this is a significant savings, and now the boss will think thrice before hiring a mommy or part-time. “Occurred and cost optimization. If, for example, the driver kept to twice a day, brought, transported staff, now the employer would prefer to give this service to outsource, and the driver to fire,” explains Body.

Civil service employment is beginning a national awareness campaign on the guidance of applicants and high school students. Testing to determine their abilities can be heard in any of the 550 employment centers of the country. Special preparations for testing are not necessary, only pre-register for a consultation at the employment center (online). Testing lasts 30-180 minutes.