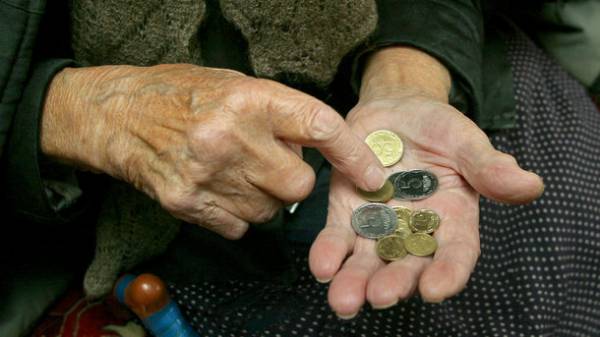 The majority of Ukrainian pensioners are forced to live below the poverty line. This was during the presentation of the Pension reform in the Cabinet of Ministers of Ukraine Prime Minister of Ukraine Vladimir Groisman.

“Today, people who have worked for many years, faithfully paying premiums to the Pension Fund have a minimum pension, which is not enough for normal living conditions. The majority of pensioners of Ukraine lives below the poverty line,” – said Groisman.

According to him, out of 12 million 8 million pensioners receive the minimum pension at the level of UAH 1312.