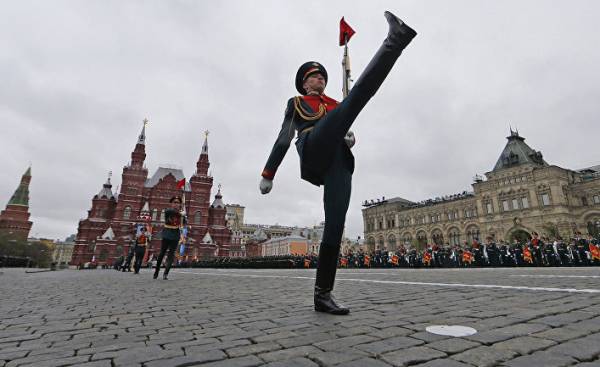 A few weeks ago, John Wolfstal (Jon Wolfsthal), a senior expert on arms control in the Obama administration, reminded about one of the biggest embarrassments of Western experts on Russia. At the hearing in the U.S. Congress, he spoke about the height of the cold war in the 80-ies, when the world was dominated by the fear of a nuclear end of the world. “We then thought that the cool and cold all calculated Tips just waiting for an opportunity to attack the West,” he said. Later, however, the course of history showed “how stupid we were and how lucky we are”. Stupid, because the Kremlin leadership — as revealed after the collapse of the Soviet Union — in the same way cautiously looked at US nuclear forces as the West on the Soviet bombers and missiles. A Kremlin astrologers is simply overlooked. And happy because the arms race, in spite of this incorrect assessment, ended peacefully.

Digression Wolfstal in the past reminded the audience that in the West there is a long tradition of Russian overestimate the danger and underestimate their own strength. John Kennedy (John F. Kennedy) stated that there is a gap in the field of missile production in favor of the Soviets. Two decades later, the hawks around Ronald Reagan (Ronald Reagan) justified their giant weapons program, the “weak spot” that Moscow could use nuclear strike. Even the government so the rational Chancellor Helmut Schmidt (Helmut Schmidt) worried that the Kremlin could blow up the rocket SS-20 (RSD-10 “pioneer”) in the Lüneburg Heath, to see how it will disintegrate NATO. Later it turned out: there’s no break in the production of missiles was not “vulnerable spot” was very small and isolated use of SS-20 missiles did not exist. 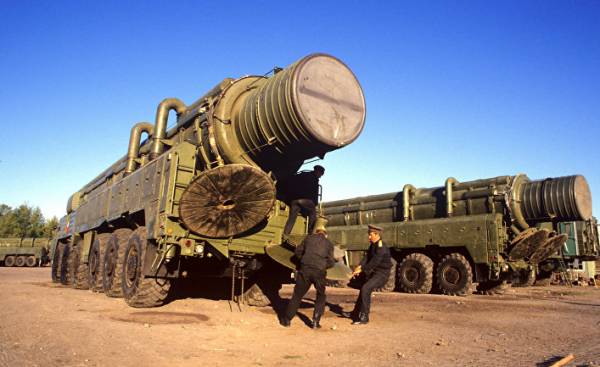 Today, even supporters of the Western arms build-up does not indicate the superiority of Russia. It would be painful to admit that President Vladimir Putin with his chococino economy and defence budget, amounting to a share of the costs of the countries-members of NATO, would be able to arm themselves to the status of superiority. Two weeks ago, one could read that Moscow was allegedly aware of its economic and military shortages, but makes up for it with fierce determination. The Russian military even boasted that the decadent West, they say, can not do anything against them. Such boastful statements can be trusted, however it would be wiser not to deliver to Putin. A bluff is a traditional tool of Russian foreign policy. Even Putin’s predecessor, Nikita Khrushchev, hopelessly lagged behind the Americans, frightened of the wild West threats and horrors, and then stepped aside when the situation took a serious turn. And now there is no indication that Putin is going to attack NATO, this risk is too great.

The US military machine has been in place for many years, its technological superiority is almost unattainable. While the Europeans are working to better coordinate your luxury vehicle. Western superiority could be no problem to develop further. But what can it achieve? Ultimately, the build-up of arms is not an end in itself.

Former Chancellor Gerhard Schroeder (Gerhard Schröder) wrote that Putin’s vision is “the reconstruction of Russia as a world power that speaks to US on equal terms.” Neither George Bush nor Barack Obama was not going to recognize the authoritarian President’s sphere of influence, as in the XIX century. At the same time, they were not willing to pay the price that was necessary to obscure the road to Putin. For that Washington, Berlin, London and Paris would have to intervene in conflicts in Ukraine and Syria. The one who ponders over such escalation, should first look into the history books. The experience of the cold war teaches that conflict is the Vice never ends well.

Perhaps a new cold war was inevitable, because Russians after the end of confrontation between East and West, nurtured unrealistic expectations. But it would be nice to advise the West to take account of Russian sensitivity. All critics of the Kremlin should think about why Robert gates (Robert Gates) criticizes the “arrogance” with which American politicians, officials, academics and businessmen in 90-e years took care of the Russians. This has caused “deep resentment for years to come”. Gates as a former CIA Director and former defense Minister is difficult to suspect that he calls upon to show the utmost understanding of the situation of the Kremlin.

The result was a situation in which all are losers.

Americans opposed Russia, using every opportunity to sow discord in Washington. Again, Putin after annexation of the Crimea and as an ally of the war criminal Assad for many years undermined the reputation of their country. But the EU must, in its most serious crisis to fight not only with Brexia and populists in their own ranks, but also to reflect Russia’s attempt to weaken the Union. Saber rattling and the arms build-up will not help. Here you need a good eye, a willingness to compromise and confident calm. Anything else would be naive and dangerous.