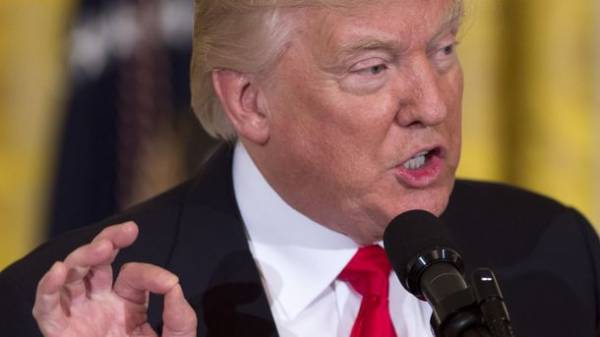 The President of the United States Donald trump is “to confront destructive behavior” of Russia in Syria and Ukraine, but hopes for cooperation with Moscow in the solution of global problems, said Advisor to the President for national security Herbert McMaster.

Trump, according to the adviser, “made clear” its intention. “But the President also will count on the cooperation in solving the serious problems relating to security worldwide,” added McMaster at the briefing.

“We consider dialogue with representatives of Russia, who carries out the Secretary of state Rex Tillerson, a short meeting of the President with foreign Minister Sergei Lavrov and telephone talks with Russian leaders as communication, not as decision-making”, — he said.

Kiev, US and EU have repeatedly accused Moscow of meddling in Ukraine’s Affairs. Russia denies it and calls such accusations unacceptable.

Washington regularly accuses Russia of supporting Syrian leader Bashar al-Assad. In Moscow emphasize that the operation of aerospace defence forces of Russia in Syria directed against the terrorists and conducted with the approval of the official Damascus.

Business without seals: for, against and penalties officials