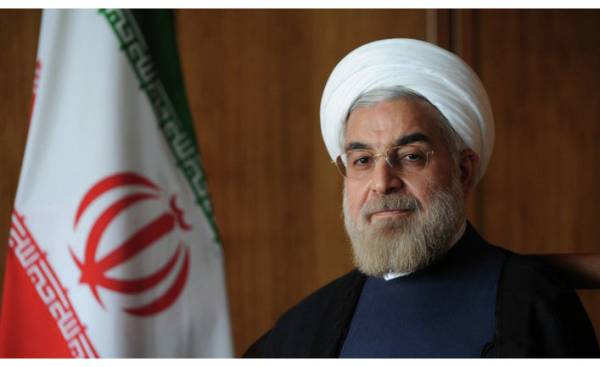 On 19 may, the Iranians go to the polls to determine the name of the future President of the country. Two main candidates for this position: the outgoing head of state Hassan Rouhani and Ibrahim Raisi, a former Prosecutor and Chairman of “Foundation of Astan Quds Isfahan”, which is also the mausoleum of Imam Reza (eighth Shia Imam) and richest religious Foundation in the world with assets of 20 billion euros.

Anyway, although both candidates wear turbans and are members of the clergy, they embody two completely different views. The outgoing President symbolizes the agreement on the nuclear program, which provided (at least in theory) the return of Iran into the international financial system and withdrawal associated with an atomic sphere of international sanctions. Additionally, it represents a more modern and pragmatic Iran, the smiling face on the negotiations with the West, who have not forgotten about the eight troubled years of Mahmoud Ahmadinejad (who turned the country into comparable with North Korea pariah).

Raisi, on the contrary, embodies the hard-liners. He was the Prosecutor, who in 1988 sent to the scaffold thousands of political prisoners, mostly from the Organization of the Mujahideen of the Iranian people (was an ally of Saddam during the Iran-Iraq war). This longtime student of Supreme leader Ali Khamenei is a favorite of the revolutionary guard and intelligence services, primarily due to the harsh attitude to those who disagree with the theocratic ideology of the regime. He filed his candidacy at the personal request of Khamenei, rejecting the most desirable in the country office Director, “Astan Quds Isfahan,” which was appointed for life.

Conservatives will emphasize using Raisi, the end of nuclear-related sanctions program is a little that really gave the country despite all the promises of Rouhani. So, for example, foreign investment, which promised the President after signing the agreement and has not flowed to Iran. Is Eldorado the Iranians received a Wake of dashed hopes of economic openness. Rouhani too much painted the positive side, the lifting of sanctions and unreasonably gave rise to hope, which could only fail in the absence of the promised economic results. The failure was principally concerned with the preservation of unbound nuclear industry American sanctions since the Islamic revolution and continue to bind the hands of international banks (as a result, they practically do not Finance Iranian projects). So, although for the last tax period Iranian GNP grew by 7.4% outside the oil industry, the growth amounted to only 0.9% due to the lack of project financing.

Yes, the lifting of sanctions has allowed Iran to acquire a new civil Airliners (the country experienced in them an acute need), but the promised jobs were never created. But this was a major undertaking Rouhani. The Iranian people, more than 60 percent of which is under 40 years old, educated and open to the world, counting on dramatic changes in the economy and everyday life. He hoped for the creation of jobs by foreign investors, which (with rare exception) did not come into the country.

On the economic frustrations imposed, and the new American administration, which is hostile to Iran and to extremes, undermining an already tenuous situation.

It is in such difficult situation, the Iranians will soon go to the polls. People have the impression that the candidate of the conservatives had the support of all the ruling circles and has thus a chance to be elected. Moreover, recall that the protégé of the Supreme leader is the same way to the main office in the Iranian theocracy: first the President and then Supreme leader. It is difficult to imagine that after his career Raisi agreed to embark on not too its own path to the presidency without having previously obtained guarantees about the outcome of the election. The more that Khamenei will soon be 80 years old, and he desperately needs a successor.

Last year in his statements sounds a glorification of the “economy of resistance”, which eschews international trade in defiance of calls from the outgoing head of state. In addition, he wished that the future President distanced himself from the West, alluding thereby to a policy of openness Rouhani.

Unlike the disputed election of Ahmadinejad in 2009, it is difficult to imagine that the people rushed to the streets in support of Rouhani, which has lost popularity due to the exaggeration of the positive aspects of the agreement on the Iranian nuclear program. In addition, the Supreme leader recently openly said it will not tolerate protests against the election results and will not give freedom to the demonstrators.

Are the days of Rouhani as President are numbered?