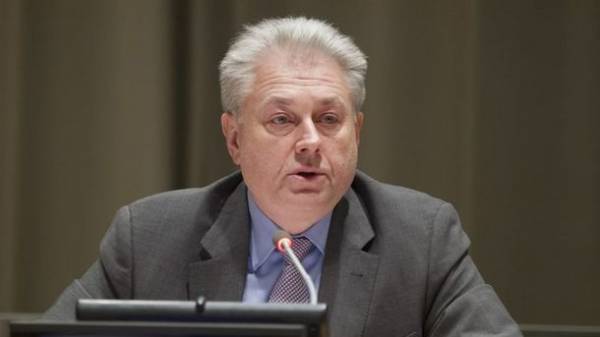 Russia was surrounded by the neighbouring post-Soviet countries “zone of instability” in order to keep them in the orbit of Moscow. In this regard, the UN and the EU should not shy away from active participation in resolving such conflicts, I said the UN security Council permanent representative of Ukraine to the United Nations Volodymyr Yelchenko.

“Such efforts, the EU has proven its effectiveness in the former Yugoslavia, where, despite great suffering, many deaths and appalling atrocities, all the conflicts are now mostly resolved. In the post-Soviet space, on the contrary, none of the conflicts, I repeat – no one, had not been resolved. In addition, there are new conflicts and new threats to regional peace,” – said Yelchenko security Council meeting on cooperation with the European Union, reports the UN news Center.

“Why is this happening? The answer is quite simple. With regard to the former Yugoslavia, some success has been achieved through the commitment of the international community’s coordinated efforts, including the UN and the EU. In addition, although not immediately, instigators and instigators of the conflict were excluded from the decision-making process in the course of settlement”, – said the Ukrainian Ambassador, explaining that the situation in the countries of the former USSR differs from the Yugoslav scenario.

Yelchenko noted that since the beginning of 1990-ies the Russian Federation has adopted the concept of so-called “zone of instability around Russia’s borders.”

“Russia successfully create “controlled instability” in many countries along its borders to keep them in the orbit of Moscow and, as in the case with Ukraine, to prevent any integration with the EU” – said Yelchenko.

However, the diplomat stated that the current situation is not a dead end. He is convinced that conflicts can be effectively resolved, therefore, called on the EU and the UN to be more involved in resolving them.

Acting permanent representative to the UN, Peter Ilichev immediately objected to this proposal Yelchenko saying that the connection “other players”, including the UN, will only “confuse the situation”.

Earlier, Egypt said that whilegrassia of the Russian Federation against Ukraine is a Prime example of a hybrid war. “Hybrid war is one of the key threats to international peace and security. This is our reality. We need to develop counter-measures,” – said Yelchenko.