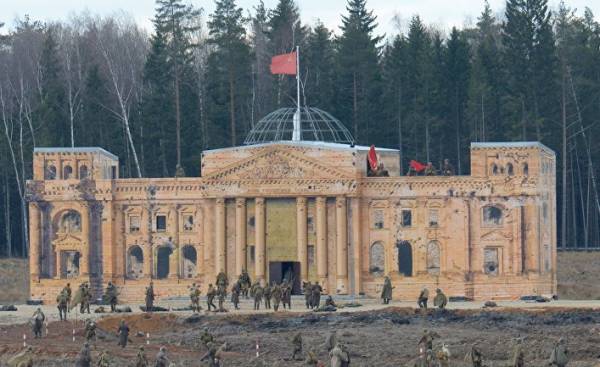 Many years ago in the city of Orsha every year on may 9 Victory Day over Nazism in the procession of demonstrators took Hitler on wheels. In the end the statue was solemnly set on fire, and the audience was delighted and shouted: “Hitler kaput!” In 1971 in Orsha came to the friendly delegation of comrades from Magdeburg (GDR). The Russians felt that it would be so tactless as to remind Germans of Hitler.

Local artist got the task to remake a statue of Hitler to Mao Zedong, who was then in disgrace. And that’s the end of the holiday of Mao Zedong set on fire, and the people did not panic and shouted, “Hitler kaput!” This told me the vet Czech circus, who had seen it all with my own eyes.

So what people are going to scream at Luna Park “Patriot” near Moscow, where again, you take the Reichstag? Hitler kaput? Or the White house is kaput? Oh, those Russians…