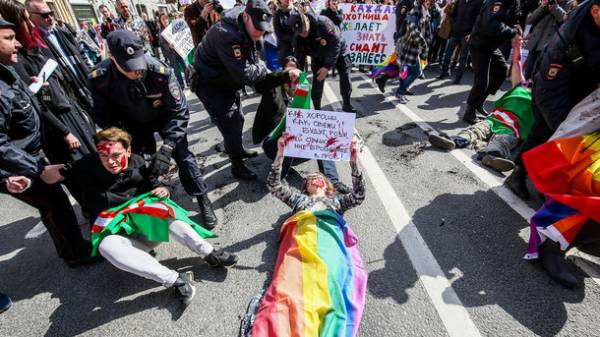 Reportedly, the activists lay down on the roadway and another man began to sprinkle the ground.

The action was organized during the may day procession. According to the report, the aim of the action was an expression of solidarity with gays who are persecuted in Chechnya. 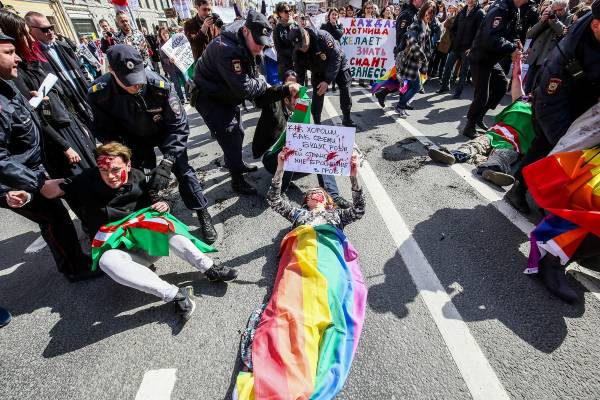 We will remind, victims of hunting intelligence on homosexuals in Chechnya, spoke about the atrocities and applied to him the torture.

The journalists of “Novaya Gazeta”, said that in the main mosque in Grozny called for reprisals against them for the publication of gays. 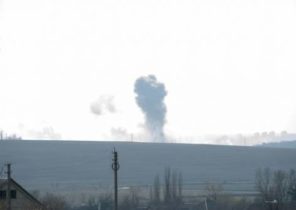