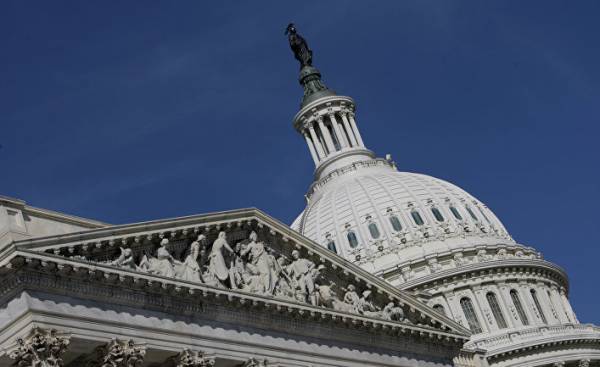 Member of Senate’s international Affairs Committee, Democrat Jeanne Shaheen has proposed to Congress to consider a plan to counter Russia’s attempts to influence the situation in the United States and Europe, which she calls the “attack on democracy”.

Senator proposes to broaden sanctions against Moscow, having included in the sanctions lists of key Russian energy companies, to increase military and financial support of NATO, to expand its program of assistance to Ukraine, including the supply of arms and military equipment, as well as to develop a strategy to counter the campaign of misinformation waged by the Kremlin, including to ensure that Russian TV channel RT and news Agency “Sputnik” has officially recognized that are financed from the state budget of the Russian Federation. In an interview with “Voice of America” Senator Shaheen spoke about whether or not her plan in the U.S. Congress.

Kirill Belianinov: You have proposed a plan to counter “Russian aggression”. Does his plan for the Congress?

Jeanne Shaheen: Yes. A bill to expand sanctions supported by the representatives of both parties in Congress, and now we have to convince the Republican leaders in the upper house be regarded this initiative and bring it to a vote.

Initiative on strengthening security in Europe, NATO has already started the redeployment of troops in the region. US to increase military support for the initiative: only today has information that we will post another fighting force, one brigade in Poland.

This decision is a huge support (in Congress), and we have to get Russia to understand that are very serious.

With regard to the campaign of disinformation pursued by Moscow, we must continue to develop strategies to resist, and this interest in Congress.

In addition, the Congress of both parties support Ukraine and the aspiration of the authorities of this country to build a democratic state. So the bill has very good prospects.

— Does this bill, the administration of President trump?

— It is too early to draw conclusions, since this administration is just starting to work. I see that the President has changed his position on NATO, and it inspires hope. U.S. Secretary of state also made statements about the importance of cooperation within the North Atlantic Alliance.

Shares the position set out in our proposal, the Secretary of defense (James) Mattis and all our allies (NATO). Together we are much stronger than alone

— You proposed a bill on the recognition of RT as a foreign agent. Whether or not this bill the future?

— While early to speak about prospects. Need to be reminded that the bill is only part of the attempt to understand how the machine works misinformation. We in the USA there is the First amendment (to the Constitution), which guarantees freedom of speech, we cannot and do not want to close any media outlet.

At the same time we have to explain to people what they are looking at. I try to change position when in the legislation there are “gaps”, allowing RT to get around the law and not to inform people that this channel fulfills the Directive of the Russian government.

— That is, the discussion of this bill will continue?

— I hope so. I think that soon the Senate will be held (official) hearings to discuss this initiative.