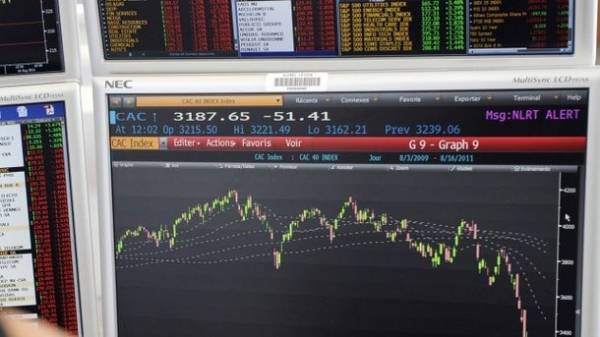 Well-known American investment Fund Franklin Templeton, investing in risky assets, got rid of obligations. From the portfolio of $ 7 billion, which the Fund received in 2013-2014, he has only $ 1.2 billion, writes UBR.

Sales of the Fund so far has not affected the quotations of Ukrainian Eurobonds, ascertain the interviewed experts.

“They sold securities to $ 5 billion, but it was not panic selling. Prices have not fallen. The demand for Ukrainian bonds on the market. Not important, who is now the owner”,- said the Director of analytical Department of the IC Concorde Capital Oleksandr Parashchiy.

However, he agreed that the sale of Ukrainian securities Franklin Templeton is not a good signal.

The Fund is considered to be the most successful in terms of investments and timely disposal of assets. The company, according to analysts, never making mistakes, always received an income, going “dry” from risky operations.

“Franklin Templeton is considered “gurus” of the financial world. These guys are never wrong. Never. If they decided to sell our portfolio, to understand their motives very important,” – said the Executive Director of Bleyzer in Ukraine Oleg Ustenko.

One of the reasons that suggested the financier might be willing to “take out” money from Ukraine. Theoretically, the company risked losing 20% of invested funds during the restructuring of 2015. The reality of these losses is difficult to assess, as active buying Ukrainian securities was conducted in the 2013-2014 year amid the growing political crisis and the panic exit of the Ukrainian debt to other investors.

At what price Franklin Templeton bought our obligations on the market know one: those who have sold and the buyers themselves.

“If they got more than 10% of the income, might not have been a puncture or loss on our securities. After all, Templeton acquired the obligation not to the primary and secondary market. Perhaps there was such a discount that the end result everything turned out wonderful. If losses were, the withdrawal of the Ukrainian market can be regarded as a desire “to whiten” because of losses to its investors”, – said Ustenko.

The process of leaving Ukraine launched in 2016 amid election uncertainty in the US, difficult negotiations with the IMF, corruption and political “battles” in Ukraine.

As stated Director of the investment company Oleksiy Kushch, the behavior of investors working with Ukrainian Eurobonds, 90% is formed by the insider data and the need for removal/legalization of money through Eurobonds (the latter – in part by Ukrainian players).

“A large care may be only as a result of the point of insider information,” assured Alex Kush.

“I would not say that the yield on “Latin market” is much better. It is rather comparable, if you watch the paper for the same Argentina”,- stated Oleksandr Parashchiy.

“Take Venezuela, where people almost starving, but that recently paid off several billion in debts. If investors see that in any situation, there continue to service their paper, then why would they invest in Ukraine, carrying the risks”, – said Ustenko.

As Bloomberg quoted the words of the portfolio Manager Franklin Templeton Michael Hasenstab, the authorities of Brazil and Argentina, whose securities purchased Fund moved from a policy of protectionism, in that time, the Ukrainian leadership is not able to decisively reform the economy after the events of 2014.

The lack of reforms, agree our experts, creates the risk that the economy will not grow at the pace that will enable the calculations of an impending restructured payments 2018-2019 g when in 2 years Ukraine will have to return more than $ 10 billion.

“They could see the hidden risks for Ukraine and, therefore, chose to exit this investment, without waiting for possible deterioration,” – said Ustenko.

Risks in connection with the approaching payments, can occur in fall 2017 – winter 2018, according to Alexei Kusch, up to this time the Ukrainian securities will begin to sell and other investment funds, their prices will fall and the risk premium (credit default swaps) can jump in 1,5 – 2 times.

“Ukraine is on the home stretch of the upcoming payments, especially 2019. 2017 – still transition period. Clouds will begin to thicken in 2018, and more – direct path to a technical default. For investors until the autumn of 2017 will still work “window of opportunity”, allowing for sane prices to sell portfolios of Ukrainian securities. It closes in the fall 2017 – winter 2018″, – said the financier.

In such conditions, the planned exit of Ukraine on the foreign markets, is particularly disadvantageous. If today, assessing the plans of the Ministry of Finance on placement of $ 1 billion in 2017, experts call acceptable yield at an average rate of 8.25%, c approaching in 2018 requested by investors, the premium will be even higher.

“Today, Eurobonds with maturity in 2022 trading at 8.5%. Depending on the term of the new attraction, maybe 9% will have to offer. IMF, Ukraine’s withdrawal was also aimed at a rate of about 9%. It is not the best result,” said Oleksandr Parashchiy.

According to Ustenko, even the price of 8% is too high for Ukraine. “We have more than 5% of GDP spend only on interest payments. It is impossible to build up even more expensive debts. This is an extremely dangerous situation. Such expensive loans are pushing us into another recession,” warned Oleg Ustenko.

To date, the needs in loans for Ukraine. If you need to repay the debt in 2017 of 2.6 billion dollars. Ukraine has already received $ 1 billion from the IMF and 600 million euros from the European Union. Therefore, the attraction of new “useless” loans will only result in additional burden on the budget in the 80 – 90 million dollars a year.

“Now almost the entire budget deficit is formed due to the large debt which we are paying huge interest. To increase this snowball, so to increase the building of the pyramids, when new debt will be raised just to pay off interest on old loans. I hope the Treasury understands this danger and will not go to deliberately doom us to default step”, – said the managing partner IR Capital Times Eric Naiman. 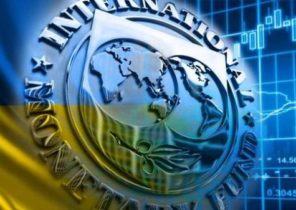 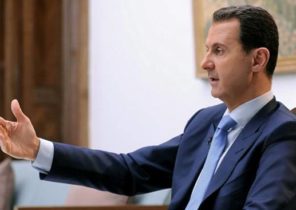