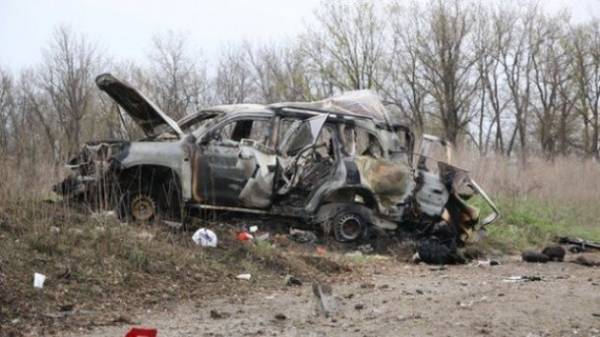 Russia demands investigation of incident with undermining the car of the OSCE SMM in Luhansk region with the participation of all existing groups in the management and control of the situation in the Donbass. This was stated by Russian foreign Minister Sergey Lavrov, opening the meeting with OSCE Secretary General Lamberto Zannier, reports “RIA Novosti”.

According to him, the incident should be investigated quickly with the participation of all parties.

“We will insist on prompt, impartial, transparent investigation with the participation and SMM, and the contact group, and the Joint center on control and coordination”, – said Lavrov.

Yesterday Sergei Lavrov during a meeting with the representative of the EU diplomacy Federica Mogherini promised that Moscow will affect the militants of the so-called “DNR” and “LNR” to establish security in the Donbass, so what requires the United States and the EU.

In turn, the NSDC Secretary Oleksandr Turchynov believes that the blame for the poor car of the OSCE lies in the military-political leadership of Russia.

After meeting with trump Tusk made a statement on the Donbass