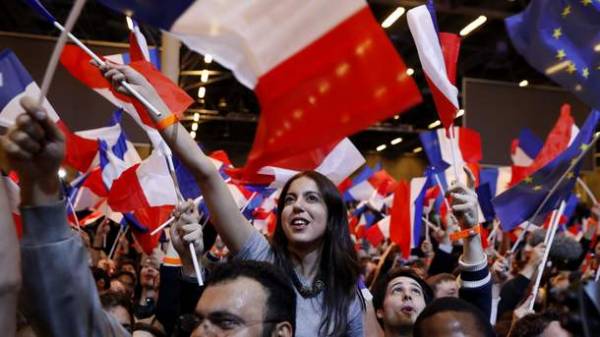 Exit polls conducted by all the key French sociological services shows that in the second round out Emanuel him and marine Le Pen.

According to a survey conducted by TF1, the leader of the movement “France is on the March” received the support of 21% of voters.

The candidate from “Republican” Francois Fillon gives a survey from 19% to 20.3%, the leader of the movement “Unconquered France” Jean-DUI the Mélenchon – 19-19,6%, and the candidate from the ruling socialist Benoit Hamon – from 5% to 6.2%.

Recall that publication of exit polls is possible only after the end of voting. However, earlier data of exit-polls were announced by one of the Belgian TV channels – according to him in the second round out Emmanuel macron (24% support) and marine Le Pen (22%).