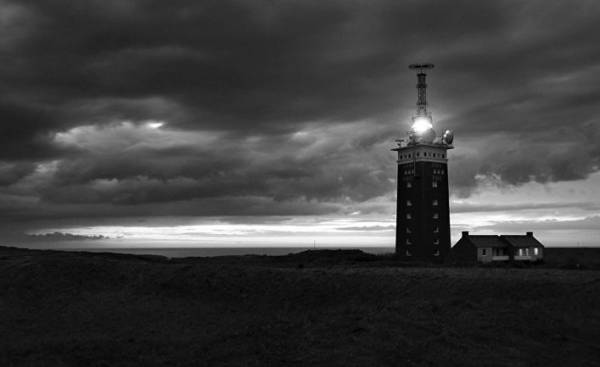 When he finally comes, the big Bang? In this Sunny and clear morning of April 18, 1947, 11-year-old Olaf Olsen, along with other boys went to the shore of Elbe river in his hometown of Cuxhaven. At about 13.00 hours, he looked at the water in the direction of the North-West, covered his ears and braced for the deafening explosion. And monstrous blast wave.

The inhabitants of the island were ordered to open wide open all Windows and doors, because there was the danger of earthquakes. Even in Hamburg the students were forbidden to play near high walls or ruins. The whole region held its breath and waited.

But all that heard Olaf Olsen — it’s only a sound, something that reminded him of the thunder. The air felt a kind of concussion. “I guess it’s some kind of preparation to the main explosion,” thought the boy. And then he suddenly saw a huge cloud of smoke that rose above the horizon line.

“In this moment everything became clear: Helgoland blew up”. Olaf Olsen, dressed in a black cap and large sunglasses, raised his hands to the sky. And then dropped, slapping knees. He is now 81 years old, he sits on the bench in the shelter of the island, at a depth of 18 meters.

The Nazi madness in red rock

For about ten years, a former postman leads tours through the narrow, damp corridors, the walls of which grow green algae. He tells the visitors the history of the island, which once belonged to Denmark and then Britain. Only in 1890 he joined the German Empire — that, however, is not done automatically by the Germans its inhabitants.

“A resident of Helgoland feels primarily helgolander” solemnly says Olsen, grandfathers and grandmothers who were born British. During the Second world war, the inhabitants of the island were rather on the side of the British, not the national socialists, he adds. The Nazis turned the island into a real fortress and flooded him with weapons, equipment and ammunition. The children then had almost nowhere to play — all roads and streets were closed, says Olsen.

“Lobster claw” — the so-called crazy project of the Nazis by turning in Helgoland one German Outpost in the North sea. During the First world war, the island was turned into a modern by the standards of the castle. And under the Nazis the area of the island had to be increased fourfold. From the North-East side was planned to make a huge mound, the whole island was riddled with tunnels. In the southern part was excavated by a giant bunker for submarines with three-meter thick walls.

The range for the Royal air force

April 18, 1945, three weeks before the end of the war, pilots of the Royal air force of great Britain for the first time subjected the island to a terrible bombing. Within 104 minutes, almost a thousand planes dropped their deadly ammunition on Hitler’s fortress. It is understood even by those who had from that be directly affected, in particular, Olaf Olsen and captain Erich Rummel-Cross.

“It’s all because of the Germans,” says 85-year-old Cross, the son of a local fisherman and genealogist. On the walls of his office hang maps of Helgoland lobster traps, pennants shipping companies, the ships of which he went across the seas all over the world. He still can’t accept the fact that on Helgoland, even after the surrender of Germany continued to drop bombs: “For us, the war just went on”.

Like all Kruss and Olsen in April 1945, had to leave the destroyed island. About two thousand residents were resettled in about 150 towns in the North of Germany. They became refugees, whom nobody loved, and lost everything they had. The family of Olesinov had to huddle in a damp basement in Cuxhaven, the family of Crussol in a dilapidated hut in the nearby Ottendorf.

On may 11, 1945, Helgoland came under the control of British troops and soon became a testing ground, which is constantly reset the bomb. The most powerful of them, with a charge of 6,700 tons, was blown up on 18 April 1947. During the operation called “Big Bang” this is the biggest non-nuclear bomb were to destroy all without exception military installations.

In the corresponding Protocol of the British forces says:

“It is supposed to cause irreparable damage to the tunnel system and podlojecna the bunker and destroy 4000 gross tons of German ammunition, which are impossible to take out transport or unload to another place”.

Thus, in the middle of the island were transported hundreds and thousands of crates of grenades, rockets and explosives. Initially, the “big Bang” was scheduled for the end of March, but the British were not able to withstand this period and carried it on April 18 — the second anniversary of a large bomb attack on Helgoland.

At 13:00 hours after the third beep of the clock signal according to the BBC, it is the appointed time: on Board a British ship Lasso, located nine miles from the island, Lieutenant Harward Jellys pressed the button and brought the explosive devices in action.

While hundreds of immigrants from Helgoland stood on the banks of the Elbe and cautiously looked to the North-West, engineer Henry the Bunyu from Bremen watched the explosion from his ship near to the island.

“We saw a huge flame bursts, “scatters” in all directions. Then the island disappeared behind a huge cloud of smoke and dust, above which to a height of four kilometers rose “mushroom.” We all decided that the island was nothing left. However, 20 minutes later the smoke cleared, we saw the rock Long Anna, and then the whole island. We all began to shout joyfully”.

Red rock withstood the force of the explosion. However, its southern edge went under water, and the region collapsed, and show deep marks from the explosion. But the General shape of the island remained unchanged porous Sandstone worked a kind of “shock” and mitigate the severity of the knock.

“We felt a great relief,” says Cross. At the same time understood everything, he said that returning to the devastated and contaminated the island with the “lunar landscape” in the near future was impossible. Moreover, the British and stationed in the UK, the U.S. air force continued bombing of Heligoland training and after the operation “Big Bang”.

Twice Cross almost became a victim of these exercises. While Helgoland was closed for any traffic, he was still a teenager, with his father sometimes came to the island — father-fisherman has done it, so to speak, on duty, and the son had to help him.

Erich Rummel-Cross about the explosion

“One evening we gathered for dinner of freshly caught cod, and suddenly, about 30 meters from us, right at the entry to the port, dropped a cement bomb,” says Cross. And another time, the year in 1949 or 1950, all were awakened by the explosions of incendiary bombs: “the Whole of Heligoland, sank into a red flame, the planes flew so close to us that we could see the pilots at the controls”.

Despite the danger of death from the sky, Cross repeatedly landed exhausted on the island, wandered among the ruins and searched his father’s house. “However, I could not find anything — I didn’t know there was left literally no stone unturned”.

The solution was to take the Pope himself

However Kruss, Olsen and other helgolandica one thing was clear: they wanted to be sure to return to their homes. The inhabitants of the island have written a collective appeal to the British government, the UN, and even to the Pope. And received support from both left and right forces.

The Communists, revenge-seekers, the pacifists and the nationalists all supported the German Helgoland. The island was turned into a political stage for politicians with different beliefs.

The Helgoland “occupied” “friends of Europe” like the students from Heidelberg Leudesdorff Rene and Georg von Hatzfeld, the young left wing like Peter Gettle from Hamburg, hoisted there the “flag of peace” with the picture of the dove Picasso. At the end of may 1951 about 100 helgolandicus arbitrarily seized their island. Among them was Cross.

Almost a year later, on 1 March 1952, the British gave in to pressure and gave Helgoland to the disposal of Germany. Residents were finally able to return home. As a representative of the youth movement, Olaf Olsen participated in the celebrations and had the task to set on the graves in the local cemetery bouquets green-white-red colors of Heligoland. “Then I could not even find the Church. Things look just awful,” he says.

The “big Bang” still does not give people like Olsen and Kryssa rest. They still wonder what motivated the British, when they are 70 years ago, had planned this megatrav. Do they only sought to deprive Germany of the arms, thereby fulfilling the decision taken at the Potsdam conference in 1945?

It is stated in the official documents from “the National archives”, says Martin Krieger, Professor of Nordic history. “This is nothing more than a justification,” does not agree with this Cross. He is convinced that the British wanted to completely erase from the face of the Earth hated the island, which they sometimes called “Hell’s island” (Hell-Go-Land).

“Destroy this place” (Blow the bloody place up) like the Ruger entry found in the diary of commander F. T. Woosnam (F. T. Woosnam) that had to do with the bombing. “No more military aggression should not come from German soil” — this “message” was to send the operation “Big Bang,” the author believes.

The explosion still defines the face Gilgalad. On the island still find unexploded bombs. Everywhere one could see craters and ruins on the site of the explosion. Since before the “big Bang” on the island survived for almost nothing. One of the few relics is one mulberry tree.

It bears the name “Miracle Helgoland” and stands a few metres from the entrance to the bunker. “It’s a symbol of our will to live. Our desire to start all over again. Its fruits are very tasty, a bit like BlackBerry,” says Olsen, taking a breath after exiting the dungeon.

Jamal commented on the limitations for artists from Russia and Ukraine