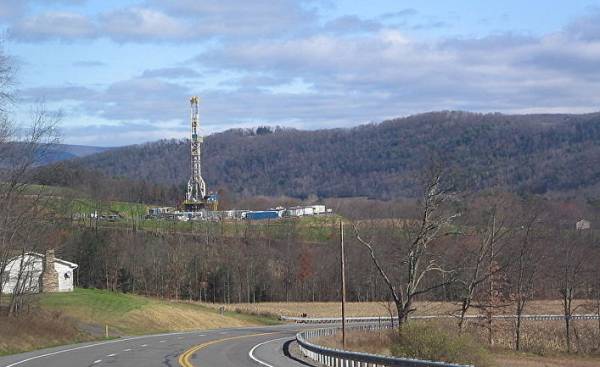 There was a time when reports of oil quotations came literally from all sides. The press, with good reason, widely informed the readers about the record decline in prices or sudden jumps, which influenced the situation in the world. Now the event has lost its momentum, however, it is difficult to shake the feeling that this is just the calm before the storm. It can cause by several factors, one of which is the President of the United States Donald trump.

The last days on oil markets did not bring exciting events: the price of WTI and Brent despite observed on Wednesday growth has remained at about the same level. The difference in rates at the beginning and the end of the week made up 1.17% and 0.65%, respectively. The international energy Agency even said that the market is close to balance. At the same time, there were several factors in the short term lead to its destabilization.

From 20 December 2016 the eyes of the world glued to the superpower whose citizens have made a choice, heralding a major reshuffle in the global politics. One of the areas in which they promised to be particularly interesting was energy. It is connected with the appointment to the post of U.S. Secretary of state Rex Tillerson, and with the trump, who has repeatedly announced that he should refuse the direction which was chosen by the Obama administration. Simplifying, we can say that its strategy is to strengthen the role of American energy as a weapon of geopolitics.

Although the new US President has already made several steps, which point to (at least partial) correction of the energy policy, which details I’ll say below, suddenly came topics related to the international situation. I mean here, of course, attack the base “Sirat” and the increased tensions with North Korea.

The first event was the rise in oil prices (however, it should be noted that he was short, and it quickly managed to balance), and the second, in turn, represents a potential source of conflict that could destabilize at least several regions of the world. If there are decisions about new attacks Syria or escalate the situation on the Korean Peninsula, dynamic market reaction will not keep itself waiting.

In the context of oil prices it is equally important to pay attention to messages that come from the U.S. Department of energy. According to him, last week stocks of raw materials in the us storage facilities fell by 2.17 million barrels, the price of WTI crude oil rose, but soon fell again, and eventually reached a level close to the maximum for the year values. This is good news for corporations that have increased production, which returned to the level of August 2015. It should add another bar: may 14, will run the pipeline Dakota Access Pipeline, which, as its designers hope, will allow to transport 470 000 barrels of oil per day and simplify the process of exporting raw materials from the United States. Outlined picture gives an idea of how the capacity (of course, not directly, but indirectly) has Donald trump.

Another factor that could destabilize oil markets is, of course, the agreement of OPEC and turn the topic of discussion. On the one hand, we hear that members of the cartel States are meeting their obligations to reduce production by 99%, reserves diminish, the demand will rise, therefore the agreement must be extended. On the other hand, Russia is dissatisfied with its effects, the volume of surplus oil on the market is 270 million barrels, and the parties to the agreement, are not members of OPEC fulfill their obligations only at 68% (data for March). The negotiations continue, the Russians refer to the prospect of extending the Vienna agreements with great skepticism, OPEC data show that in the United States is expected to increase shale oil production. Such a number of changeable factors leads to the fact that the market is particularly susceptible to the influence of sudden impulses, which can transform into steady trends.

If the existing restrictive measures will be extended, relative stabilization of prices, in all likelihood, be able to maintain, but at the same time in the United States ricocheted aktiviziruyutsya the processes taking place in the direction of increasing suggestions that the de facto pave the way to substantial reduction of prices in the long term.

Mention should also be made of the situation in Russia, since the Kremlin has claims to the creation of impulses for the pricing policy. This is indicated, in particular the fact that the restriction of volume of production from our Eastern neighbor is not of a structural nature. The number of inactive wells since the end of last year practically has not changed, and the decline in production is due, as pointed out by analysts of Sberbank, rather, with a seasonal reduction of work, reduction in volumes of drilling and the situation on the currency markets. The pace of contractions and preservation of “institutional reserves”, which will allow in case of need to quickly and dramatically increase production, leaving the Kremlin to maneuver. And although this potential is rather devastating, it can be used as a tool that will allow you to achieve the necessary steps from other market participants. In this context it is worth to note that the Russian Central Bank and the Ministry of economic development does not exclude the prospects of lower prices to 40 dollars per barrel.

Hope in the hearts of the oil exporters, who hope for stabilization of prices, gives the forecasts of the International energy Agency, which show a decline in the growth rate of demand for “black gold”. In 2017 it will amount to 1.3 million barrels per day, which is 700 thousand barrels less than in 2015.

The sequence of these factors, which can in the coming weeks to have the greatest impact on oil prices, of course, is not accidental. If Donald trump will consistently pursue a policy of expansion of American hydrocarbon may be a situation that the agreement, OPEC will lose any real value and will lose the stabilizing potential. The observation of the previous steps allow the American President to suggest (although this is not the most likely scenario) that he, for example, decide to start a kind of price war, using the American effectiveness of the mining sector and political influences of Washington. This, in turn, will force other players to react, what will exacerbate feelings of anxiety and consolidate the process, the outcome of which can be a significant rearrangement of forces on the world oil market.