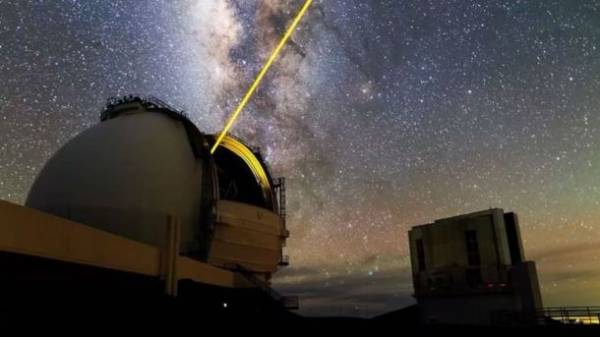 It is on the volcanic island of Hawaii is the highest point above sea level to 4205 m in the Pacific ocean. At the same time this peak is quite popular place for tourists before sunset, says maximum.fm. At night there is forbidden for security reasons, and to not disrupt the operation of the telescopes.

By the way, this shows more stars than can be seen anywhere.

photo by @babaktafreshi, The World at Night Crystal clear night sky above Mauna kea Observatory on the Big Island of Hawaii. One of the world’s best spots for astronomical observations, it is also the most sacred land for the native nation. At 4205m (13800ft) it is the highest point on the entire Pacific Ocean. In fact the dormant volcano is 10,200 meters tall when measured from base (in the ocean) to peak! While the peak is a popular destination for tourists, sunrise to sunset, it is closed to visitors at night due to safety (high altitude hazards) and the disturbance of car lights on the telescopes. The stargazing fans and astro-tourists enjoy the night from the more temperate altitude of the visitor center at 3000m (9000ft). In fact we see more stars from this level compared to the peak due to increased oxygen level! In this #timelapse the Milky Way”s galactic core in Sagittarius sets above one of the twin Keck telescopes (each with a 10m mirror), operating a strong yellow laser for its adaptive optics system which removes the atmospheric turbulence from the image. On the right is the 8-meter Japanese Subaru telescope. In the second half of the video the moon rises in the sky. Follow me @babaktafreshi for more of the world’s starry nights. @natgeo @natgeocreative #maunakea #astronomy #astrophotography #stargazing #starrynight #nightsky #hawaii #bigisland #observatory #laser #technology