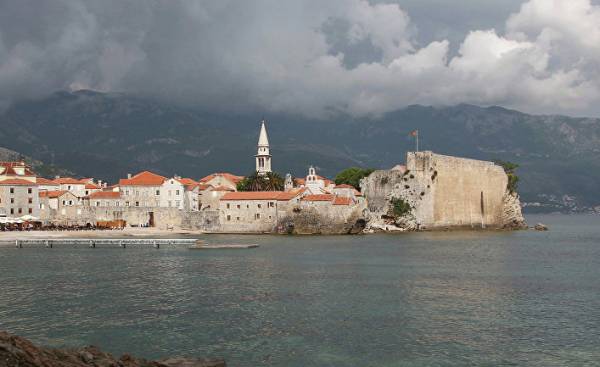 According to international analysts, Russia lost the fight for Montenegro and possibly for other countries of the former Eastern bloc.

On Tuesday afternoon, Donald trump gave his final consent for the admission of Montenegro in NATO. So, it seems that Russia should abandon its long fight against the dreams of this small Balkan country.

Recently Russian nationalists in Montenegro tried to make a coup, when the country last year in October elections were held. The coup attempt failed, it only showed how far the Russians are willing to go.

“The Russians tried to split the West so if Russia has managed to affect the elections in Montenegro, it would be a symbolic victory for Putin. But now they have to forget about it. Last year they tried to use the “secret back door”, but even that was too late. So now the big question, in what way will the Serbs,” — said the expert on international security at the Danish Institute for international studies Chargor Steen (Steen Kjærgaard).

He believes that a big stick in the wheels of Russian would be such a development, in which Serbia will begin the intensive process of joining NATO. After all, Serbia is the last country in the Balkans, which is still not officially prefer the West of Russia.

“If we talk about the basic interest of Russia in the Balkans, that is Serbia, which was a significant political, economic and military force in the former Yugoslavia. Serbia is a traditional area of Russian interests, which was clearly evident during the First world war, in addition, the two countries shared cultural and religious traditions. They have Russia a lot in common,” says Steen Chargor.

For many years, Montenegro was allied with Serbia, but this meant that NATO has bombed a small country during the Kosovo war in the 1990s. the Union lasted until 2006, when 55% of Montenegrins voted for independence. However, the country is still divided, fresh Gallup poll showed that 29% of residents believe NATO is a threat to the country, and only one in five thinks that the Alliance can protect.

“With public opinion regarding security issues can be very difficult, but when the country is already a member of NATO, it usually doesn’t matter, as it is in any case becoming a member of the Alliance at all levels. That means, for example, the free movement of troops, exchange of information and observation flights over the territories of the member countries. It is rather a political problem that they need to overcome,” explains the expert.

Russia has repeatedly called for integration of Montenegro in NATO provocation, and this country is not the only former Eastern bloc countries that are in dialogue with the Alliance. Also Georgia and Macedonia and Bosnia and Herzegovina maintain close contact, as many Ukrainians hope that some day it will happen.

“Georgia will not join ever. It was decided in 2008, when she was as far from this as Montenegro. The Russians simply walked in there with troops to disrupt the process, and NATO then did not take the decisive steps. After all, the Russians consider themselves a superpower, and a superpower has a right to a zone of interest, which Russian traditionally include Belarus, Ukraine and the Baltic countries,” says Steen Chargor.

He argues, however, that yesterday’s press release from the White house sends a clear signal to the countries that fuel the hope in this regard.

The report said, including that the membership of Montenegro “signals to other candidates for membership in NATO that the door to Euro-Atlantic community remains open”.