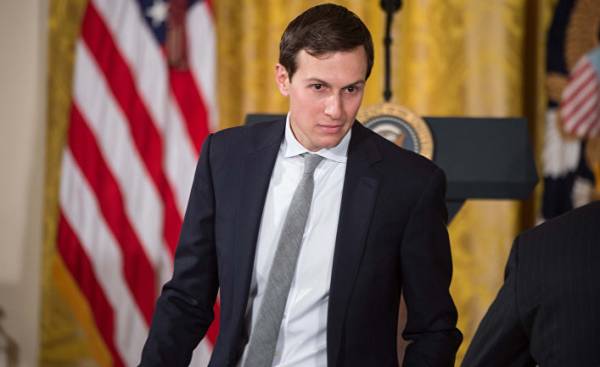 Lately Jared Kushner (Jared Kushner) became the object of jokes. “Why doesn’t he just wear a red Cape and write on the chest of a large letter S — Super-Jared on approach,” wrote the New York Times columnist Frank Bruni about the diplomatic mission Kouchner in Iraq.

In the same spirit spoke the portal Vox, describing how it could look like a daily routine Kouchner. So, “among its plans: from 11.30 to 13.00 — lunch power to settle the decades-long Palestinian conflict.” And further: “16.45-18.00 — termination of the national heroin epidemic, the reduction of the government and, perhaps, solving some small problems in foreign trade”.

Satirical comments are without Foundation: the son-in-law of Donald trump now has such power and solves so many problems that it transcends absurdity. Indeed, the 36-year-old Kouchner, as special representative should promote the achievement of peace in the middle East, a peace which Donald trump during the meeting with Prime Minister Benjamin Netanyahu (Benjamin Netanjahu) has called “the best world you could ever imagine”.

In addition, Kouchner as head of the new Department of American innovation needs to eliminate some bureaucratic hurdles in the government. In between, he has engaged in trade relations with China, Canada and Mexico. “Jared Kushner are now responsible for everything,” sarcastically said the publication Huffington Post.

The shift of power in “the West wing”

The position of Kouchner in the White house in recent weeks, constantly strengthened and at the same time significantly reduced the influence of chief strategist trump Steve Bannon (Steve Bannon). While Kouchner shuttled between Baghdad, Washington and Mar-a-Lago, ‘bannon, who had previously considered the Eminence Grise of the government of trump, had to take second place in terms of national security issues. The removal of’bannon from the national security Council was a slap in the face for the person who is to Kouchner, was considered the main link in the White house. Bannon, according to the New York Times, even some time is thought to come from the government.

Behind the scenes, meanwhile, has been a clear shift of power. And rocket attack on the Assad regime, which Bannon did not approve of, is a symptom of a new relationship. Fraction Kouchner, presented by Dean Powell (Dina Powell), who was appointed — not least on the choice of Kouchner’s new adviser on security issues seem to be less cynical and less rigidly adheres to the stated uphold its own interests. As the governmental source of the publication Politico, the war between the nationalists’bannon in the White house and the so-called Democrats “the West wing” the last seems to win.

Everywhere the question arises, what is behind the sudden change in the team’s trump. News portal of the former Washington Post analyst Ezra Klein (Ezra Klein) Vox puts forward the following theory. In White house there are three factions — the nationalists around’bannon, the Republican establishment around the head of staff of the Raines of Primus (Reince Priebus) and family trump. The more trump is under pressure from the media and the public, the more he begins to rely on his family. And no it is not so much represents as Kushner.

But climbing Kouchner may have a deeper reason — like many in this government — related offense trump. According to New York Times, the media reports that he is only a puppet’bannon, really pissed him off. The resignation of’bannon, who, with the support of Robert Mercer (Robert Mercer), the far-right of the donor to the election campaign of trump were in the White house, was the inevitable consequence.

Both are isolated from the new York establishment

A similar fate awaited Chris Christie, when Kushner pushed the controversial Governor of new Jersey inner circle and Cabinet. The involvement of Christie’s corruption fraud could harm the Trump and Kushner have saved trump. In a similar way Kushner during the election campaign cared about was to get rid and Advisor of the electoral headquarters of Corey Lewandowski (Corey Lewandowski).

Kushner vigilantly ensures that besides him, no one got too much power over the President. Advisers come and go, but in the end, the son remains strong man surrounded by trump. Trump trust Kouchner, more than anyone. This is not least because he sees Kushner younger version of himself.

Kouchner, like trump, inherited from his father, real estate Empire in new York. Like Trump, Kushner had to endure almost bankrupt the family Empire. Like trump, the upstart from the suburbs is constantly isolated from the new York establishment. That surely contributed to the convergence of families and ensuring that Kushner is married to Ivanka.

Politically Kushner from a very different camp than the trump. Like most new York Jews, he grew up left liberal. His brother Josh, who among other things runs the startup project in the field of health, which depends on the received under Obama’s laws still holds progressive views. The day of the inauguration of the trump Josh came out to protest in Washington.

Jared says that during the election campaign, he developed a strong sympathy for the lower American layer. So, Harvard adheres to populism trump, however, think it is their moderate influence of his father and his government. “Castration” Bannon, which Kushner once he took on Board, is a clear proof of that.

Whether Kouchner before dessert to reconcile the middle East and then to the cocktail to tame the bureaucracy in the United States, is another question. 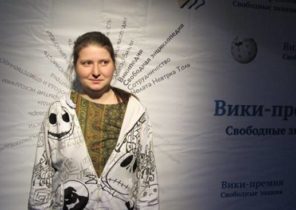 Alexandra Elbakyan is a fighter for freedom in science 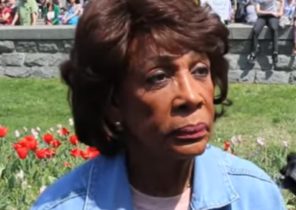