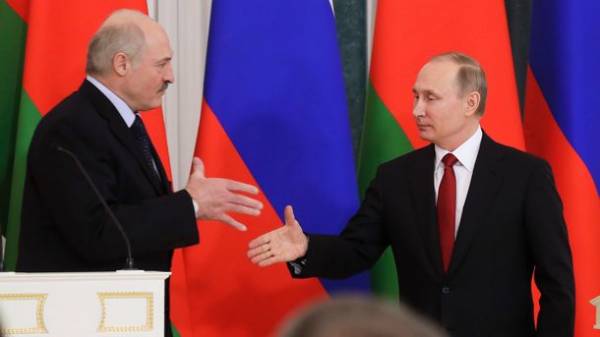 Belarus expects to receive from Russia of about $ 1 billion. credit. This was stated by the Deputy Prime Minister of Belarus Vladimir Semashko live Nationwide TV (ONT).

“It made the order even further to about a billion dollars of credit on good terms to allocate”, – noted Vice-the Prime Minister, speaking about the results on 3 April in St.-Petersburg meeting of presidents of Russia and Belarus Vladimir Putin and Alexander Lukashenko.

Earlier it was reported that President of Belarus Alexander Lukashenko made a harsh statement against Russia.