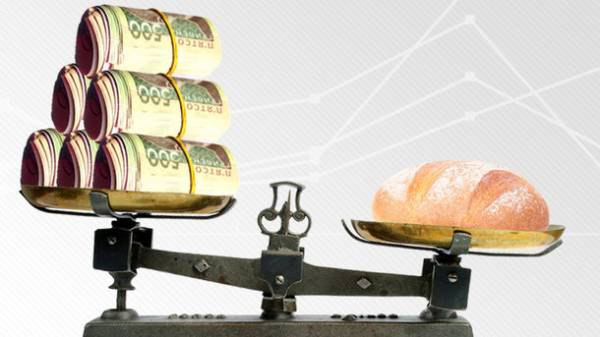 The world Bank (WB) raised its forecast for inflation in Ukraine in 2017 from 8.5% to 10%. This was reported by a leading economist of the world Bank office in Ukraine, Belarus and Moldova Anastasia Golovach.

According to her, conducted in Ukraine, the increase in the minimum wage have forced the world Bank to worsen the inflation forecast for 2017.

While the world Bank has kept the forecast of growth of economy of Ukraine in 2017 at 2%.

“The Outlook for economic growth remains moderate. There are several challenges that will face Ukraine. At the moment we are forecasting economic growth of 2% for 2017”, – said Golovach.

Key risks for the economy of Ukraine representative of the world Bank called vulnerable situation on foreign markets and trade blockade in the Donbass, which will have a negative impact on metallurgy and the production of electricity.

Also the world Bank noted that accelerating reforms can accelerate the growth of Ukraine’s economy to 4% in the next 2 years.

“We have good news: the acceleration of the pace of reform could accelerate the growth of Ukraine’s economy to 4% in the next 2 years”, – said the coordinator of the sector of poverty reduction and macroeconomic policies of the world Bank Farooq Khan.