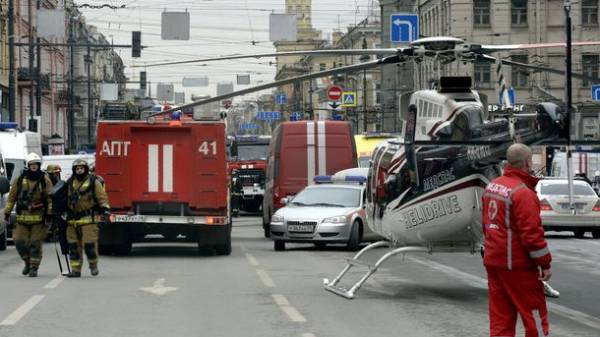 The St. Petersburg Governor Gennady Poltavchenko made an official appeal to the residents of the city in connection with the attack, which occurred today, April 3, at about 14.00 in the St. Petersburg metro. The appeal brings to the press service of the Administration of St. Petersburg.

“Today in our city there was a terrible tragedy. The explosion in the subway killed people. Many of the passengers were injured”, – said the Governor.

Poltavchenko expressed his deep condolences to the families of the victims and wished those injured a speedy recovery.

“Law enforcement and all city services are doing everything that is necessary to do in an emergency. Medical services render all necessary assistance to the injured,” – said the Governor of the city.

“I ask all of Petersburgers and guests of our city to be vigilant, attentive and cautious to treat the situation”, – said the Governor.

According to his appeal, the government of St. Petersburg promises to provide all necessary assistance to the families and victims.

According to official figures, 10 people were killed. According to various reports, there are also 20 to 50 victims.