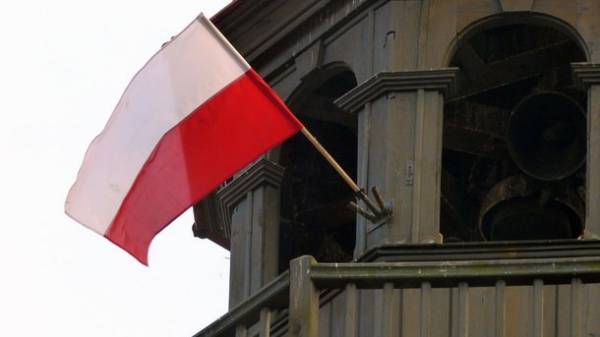 The Ministry of foreign Affairs of the Republic of Poland has not taken a decision on the resumption of diplomatic missions of Poland in Ukraine, which were suspended after the shelling of the Polish Consulate in Lutsk. This was said by second Secretary of the Embassy of Poland in Ukraine Karol Yazovskaya.

He reminded that earlier the foreign Ministry of Poland said that the Polish Consulate in Ukraine will be closed “until, when security measures will be improved.”

However, he noted that the Polish and Ukrainian sides cooperate on this issue.
Yazovskaya said that the opening of consulates will take place when “a decision is made and accept your and our side.”

“Everything had to be done on the safety measures taken, but you need to wait for the Consulate General will again be working,” said Yazovskaya.

However, he added that the issue of safety depends on law enforcement agencies, but the decision on the resumption of the diplomatic institutions dependent on the Ministry of foreign Affairs of Poland.

He said that the work in this direction continues.

As reported, in the night of March 29 on the fourth floor of the administrative building of the Consulate General of Poland in Lutsk, an explosion occurred. In the SBU stated that, according to preliminary data, the cause was a shot from a grenade launcher RPG-26. The victims in the explosion there. Open criminal proceedings under article “terrorist attack.”

After the shelling of the building of the Consulate General of the Ministry of internal Affairs of Ukraine in pursuance of an order of the President has strengthened the protection of foreign diplomatic missions to prevent possible provocations.

At the same time, the Consulate of the Republic of Poland in Ukraine has suspended work.