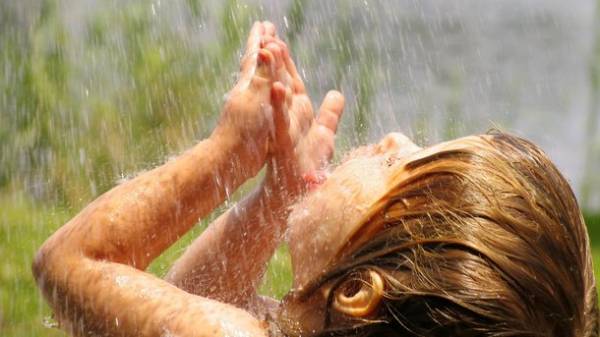 Even at the turn of the century about autism knew little. Worldwide it was diagnosed in an average of one child out of five thousand. Today the incidence of autism has increased significantly. Deep concern about this issue in November 2007 expressed the UN General Assembly. It was announced on 2 April the world day of disseminating information about autism.

“While there is no explanation as to why such a large increase in the level of autism in the world. But it does mean that he can knock on any family. Dissemination of information about autism — a pledge that families in which children are born of rain, will move the right way. After all, the sooner autism is identified in a child, the greater the effect will therapy of the disease”, says neuropsychologist Inna Zasoba. The specialist told about his first bells.

WHEN YOU NEED TO SEE A DOCTOR

If you notice your baby following features, it should be taken to a neuropsychologist or a specialist for working with children autism spectrum.

1. No desire for a joint experience of emotions. Much of this is manifested in the fact that he wants to bring a loved one to what he likes (to show the picture in the book, etc.).

2. Does not respond to name other treatment (pseudoglioma).

3. No gesture of approval, denial, greetings, farewell. A normal child can operate without using speech, through gestures (“give”, “bye”, “no”, “Yes”). Child autistic spectrum even if uses a pointing gesture, not looking at mother.

4. Changed attitude to physical contact. It manifests itself in hostility, portability only “low doses” or in the electoral interaction. For example, a toddler may agree only on stimulation of the vestibular sensations (spinning, tossing, etc.).

5. Unusual favorite object of attention (always looking at the bright spot, the pattern of the carpet).

7. The lack of a “sense of region”: the child hangs dangerously over the side of the stroller, tries to jump out onto the roadway of the street, to jump from a height, to go into depth.

8. Inability to stand up for themselves, no defensive aggression.

9. Rocking in the stroller, the playpen, repetitive head turns, rhythmic flexion of the fingers, resistant, with the nature of obsession, rocking on a toy horse, etc.

11. The constant sniffing of the same items.

12. A bundle of fabrics, oversleeping cereals, manipulation of water.

14. An arbitrary voltage of the limbs, body, pinching ears, hitting his head on the side of the stroller, headboard.

15. In the ritual of adherence, the choice of food, clothing, route, plot of the game. 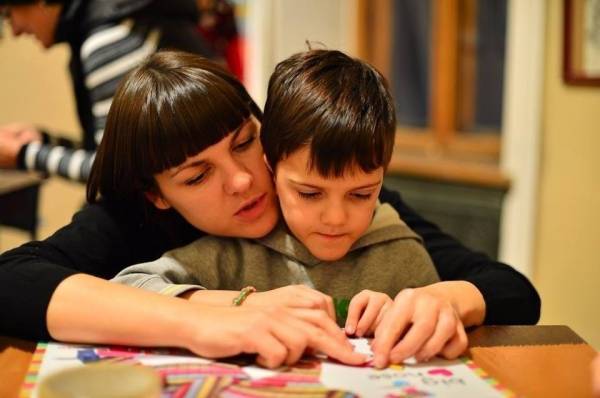 HAVE HELPED YOUNGER BROTHER AND SISTER

Olga Ladnaya, the founder of the Facebook-community of special families “We are together”, the mother of 9-year-old Timothy

“The first bells was when the son was two years old. But at the time I didn’t know what autism is and how it manifests itself. I began to notice that Tim calls the items, but it does not communicate. He never said “me”, “I want”, etc. And for three years he virtually stopped talking. I immediately took her son to the experts. First was the psychological-medical-pedagogical Commission, which after examination sends children in special kindergartens and schools. I thought that son will work a speech therapist and everything, but the doctor said that the child has mental retardation. Then we went to the reception to a psychiatrist, who said that Timosha — autistic. It is also recommended to exclude from the diet of gluten (wheat, barley, rye, etc.) and casein (dairy products). The reason is that the intestinal tract of children with autism are not able to properly break down certain proteins. Exactly what foods do not end up split proteins called peptides, aggravate autistic behavior.

Then Time was 3.2 years. To spend more time with son, I had to leave work. And almost at the same time I learned that I wear under the heart of the second child. I had a difficult recovery after the diagnosis, it was disturbing: and if autism will have a second son? But all went well.

Unfortunately, sessions with a trained specialist are not cheap, and we can not often resort to their aid, since I was on maternity leave and only worked husband. So very much involved with the child. Read about autism, watched thematic videos, attended webinars, consulted with experts who worked with my son, and repeating at home what they were doing in the classroom in centers. In addition, we went for a walk to playgrounds and master classes, where they were normal kids. All this was done for socialization. It was also used ABA therapy (more on that in the next block. — Ed.) play therapy and therapy social skills were systematic sessions with a speech therapist. Also helped baskasina and gluten-free diet. Eventually the son began to communicate, to make contact, to ask for what he wants and to answer questions. And 4 and a half years learned to read.

Now Timothy is a student in the third grade boarding school for children with speech disorders. In the class, besides my son, there is another boy with a similar diagnosis. Tim copes well with the curriculum, along with children. And in this merit and youngest son, Stasik: he has given a lot to him for development. They played a lot together, sort things out, but very much love each other. Also brothers I love to babysit his four-month sister.

HOW TO HELP YOUR CHILD

In the opinion of the consultant applied behavior analysis Olga, Stasiulaitis, autism spectrum disorder, you may notice the child in the first months of life, but, unfortunately, in the majority of cases the diagnosis is made after 2-3 years. And at best: sometimes it happens, when deficiencies in the development of the child is expressed clearly. Meanwhile, the time of the beginning of correction in the treatment of autism basic.

“The earlier you start intensive early intervention, the less manifestations of the symptoms of autism in older age, and the greater the chance to adapt the child for independent life”, — said the expert. According to her, is very well established around the world ABA therapy. During all her difficult skills (creative play, the ability to look you in the eyes, etc.) broken into small blocks. Each of them forgot with the child separately, and then the actions are connected in a chain, forming a complex effect. Proper are fixed to perfection, incorrect strictly repressed (adult rather strictly controls the activities of the child).