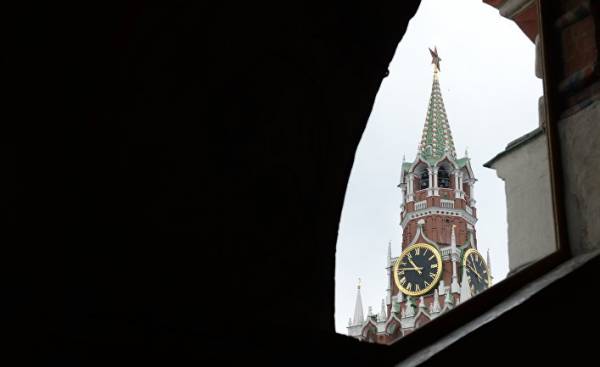 Quite strange to see that petranovskaya conservatives are investigations of Russian interference in the presidential election of 2016, with indifference or even frankly negative. Just a few years ago (although it seems like an eternity), the conservatives relentlessly attacked President Barack Obama, criticizing him for his reset of relations with Russia and the readiness to negotiate with Moscow.

Even before the conservatives eagerly picked up by a quote from President Ronald Reagan who called the Soviet Union an “evil Empire.” In the framework of election campaign of Reagan in 1984 was created a brilliant promotional video, whose main character was the bear, roaming through the woods. A single word without mentioning Russia or the Soviet Union, the announcer says:

“In the forest lives a bear. Some are easy to notice. Others don’t see it at all. Some say that the bear is harmless. Others claim that he is aggressive and dangerous. Since you cannot be sure who is right, wouldn’t it be wiser to be as strong as the bear? If this bear really is.”

Turn right in the direction of Vladimir Putin is really remarkable. As the results of a survey conducted by the publication the Economist and company YouGov in December, only 9% of voters trump praised Obama while Putin positively estimated 35%. In February a poll conducted by Gallup, showed that the percentage of Republicans who favor Putin, has increased from 12% in 2015 to 32% in 2017.

Given what Putin did to Hillary Clinton during the presidential elections in the United States, it is not surprising that his approval rating among Democrats has declined from 15% in 2015 to 10% now. However, it should be noted that Putin has never enjoyed great popularity among Democrats, as evidenced by the results of the two surveys. But more remarkable that the gap between the parties, which in 2015 was only 3 percentage points, now stands at 22 percentage points. In fact, Moscow is interfering in the policies of Western countries for a long time. Throughout the period of the cold war the Soviet Union gave strong support to Communist parties worldwide.

Meanwhile, Putin is ready to support any parties and political movements — right and left, nationalist and separatist to destabilize the West. The impression is that he is extremely interested in the formation of a new international political Alliance of conservatives and right-wing.

He has positioned himself as a staunch supporter of religion and conservative values and opponent of the rights of sexual minorities. At the end of March in Moscow Putin had received wide press coverage of a meeting with marine Le Pen (Marine Le Pen), the far right candidate in the presidential election in France, which will be held in the spring. Of course, Putin denies the assumption that he is trying to influence French voters.

Putin has been active in the United States. In the article “Moscow is rubbed into the trust to the right” (Moscow Cozies Up to the Right), published in Time magazine, Alex Altman (Alex Altman) and Elizabeth Diaz (Elizabeth Dias) spoke about the attempts of Russia to establish relations with Christian conservatives and the gun lobby of America.

Today, anyone who dared Express concern with the relationship of the tramp with Russia, inevitably faced with accusations of McCarthyism, hysteria and hypocrisy. The tendency of many leftists to criticize Putin’s often due to their anger, provoked by Putin’s success in his campaign to undermine the position of Clinton in the election.

There is no doubt that the liberals are furious, but ask yourself this: should not all — left, right, centrist — to feel indignation at the attempts of Russia to introduce the lies and slander in the circulatory system of American politics?

As shown by the results of the hearings held last week in the Senate Committee on intelligence, Senator Marco Rubio (Marco Rubio), one of the main opponents trump in 2016, too, became a victim of Russia. Senator Chris Murphy (Chris Murphy) was absolutely right when he said in an interview with MSNBC last week that Russia is trying to convince American politicians of both parties fear that if they dare to criticize Putin’s regime, as did Clinton during his tenure as Secretary of state, they risk to be subjected to the same attacks, which have exposed Clinton.

There is nothing hysterical to ask questions regarding behaviour adviser to trump issues of national security Michael Flynn (as Michael Flynn), which in the past received royalties from Putin’s propaganda channel Russia Today. There’s nothing McCarthy to ask, why is trump so fondly spoke about the Russian autocrats and their positions (in relation to NATO and the European Union, for example), which to a much greater extent meet the interests of Russia than to US interests.

As said Clint watts (Clint Watts) from the Institute for the study of foreign policy in the Senate hearings, the decision of trump “mindlessly repeat” inspired by Russia’s conspiracy theory did a disinformation campaign of Russia is extremely effective.

Yes, the bear really is, and we need to figure out what he did to our democracy.