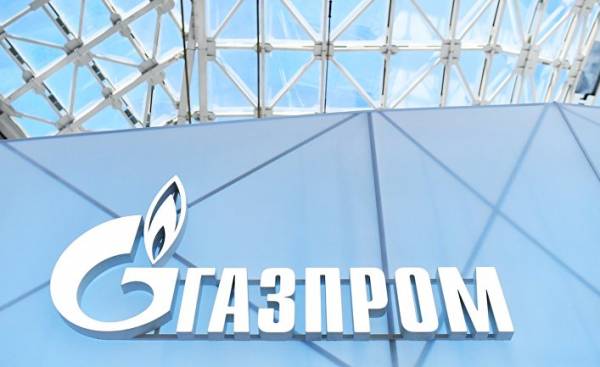 The world’s largest gas company was reviewing its activities in Europe. Can’t handle just the current holding of Gazprom Germania. There every second loses their job. Also a large shopping wholesaler Wingas have to obey Moscow.

This gesture was conceived as a testimony of friendship. However, it was also a statement about their own power. When the Vice-chief of Gazprom Alexander Medvedev took place in early 2014 in Kassel visit of the German gas trader Wingas, he gave many years head of the Wingas Gerhard Konig (Gerhard König) a personal gift.

About 500 employees Wingas gathered in the hall of the Stadthalle in Kassel. Medvedev has arrived to prepare the team to the planned transfer of the company to his concern. As the main event of this event, the Russian Manager was handed to the chief of the German Wingas tricot Gaproma Allstar Teams. It’s a hockey team in which the industry giant is collecting for charity matches former winners of the Olympic games and world Champions, and where an enthusiastic fan of ice hockey Medvedev himself recklessly participates as a captain.

Koenig, lean Manager a high growth, however, did not dare to put on your baggy suit bodysuit with a large logo of Gazprom. One, two — then Medvedev in a shirt with the sleeves rolled lost patience, grabbed the microphone, and a short phrase made the ultimatum clear:”Put on!”

In the fall of 2015, after a long hesitation because of the Ukrainian crisis, the world’s largest gas company finally implemented the accession of the enterprise, which he previously led as a joint venture with a German partner, BASF. Has not passed also year, as last fall, Koenig also strongly was removed from his post as then he was forced to wear tights. After 14 years of work in the company and seven years of his leadership of the German Manager was replaced by Russian. But that was only the beginning of a major restructuring: now Gazprom is reviewing its activities in Europe, determines the course of its subsidiaries, cuts jobs and replaces the Russian Germans in leadership positions. The primary goal of this operation is the following: the industry giant wants to control from the center in Moscow and in St. Petersburg, where there is a division involved in foreign Affairs Gazprom Export, the activities of which he for many years gave greater freedom.

Especially large changes have affected the company through which Gazprom managed still cases in Europe: Gazprom Germania. This holding in Berlin, according to Handelsblatt from the business community should be sacked 100 staff of 230 jobs, nearly every second. Managers have fear that the Central office can stoop to the level of the Berlin mission. Two major daughters of Gazprom Germania by Wingas in Kassel and London Dependance Gazprom Marketing & Trading (GM & T), while retaining, apparently, its significance in operational terms, however, will need to concentrate on their own core tasks, i.e. the supply of gas to large customers (Wingas) and short-term trading operations, gas (GM & T). Overlapping functions such as accounting, personnel and legal issues are combined, thus should be based on further job cuts.

Responding to a query, Gazprom did not want to go into details, but confirmed the restructuring: “Our main task is to create synergy and reduce parallel structures. This increases the efficiency, flexibility and future competitiveness,” — said Gazprom Export, a leading company in foreign trades. “Therefore, we intend to implement a restructuring programme that will lead to the end of 2017 to reduce the number of employees and the reorganization”. In the present study, they say, the question of the amount of job cuts.

Restructuring overdue, says one of the experts on Gazprom. More than a quarter century of Gazprom in Europe grew up without a serious restructuring. The world’s largest gas company Gazprom could afford here without any problems, thanks to high gas prices and incomes, precisely the same ineffective structure as in the domestic market.

In 1990, Gazprom has established a branch in Berlin, while still with the unpronounceable name Zarubezhgaz-Erdgashandel-Gesellschaft mbH. Now Gazprom Germania leads 40 companies in more than 20 countries and achieved a recent turnover of almost 17 billion euros. A foreign transaction is purely legal and tax reasons, was listed for Gazprom Germania. And one daughter from Switzerland, is responsible, for example, in the framework of the world concern only for transactions in Uzbekistan or Turkmenistan.

In parallel, Gazprom was created in conjunction with GM & T’s London branch to global trade, which has in the meantime become more powerful than holding Gazprom Germania. As a result, the full joining of the joint venture Wingas, in which Gazprom was founded in 1990 with BASF, these structures are adopted in final form. Wingas and GM & T are operating in parallel on European exchanges. Sales employees Wingas and GM & T is at the same time in France, in the Netherlands or Eastern Europe. Wingas and Gazprom Germania again created each their own storage facility. And as well as Wingas, the daughter of Gazprom-Germania Vertex operates in the Czech Republic. At the same time, various attempts of expansion in Europe failed. So wanted Gazprom to have its own power plant and even supply electricity to individuals — but to no avail.

Years of fattening passed. But most importantly, maternal concern himself no longer able to solve all the problems with inefficiency. The company is suffering because of the catastrophic fall in oil prices, which are still tied to the price of gas. At the same time, the strong position of Russian gas in the European energy market has been undermined since, as a growing number of liquefied natural gas supplied from overseas. And finally the Europeans, not least because of tensions in the Ukrainian crisis, trying to become more independent from Russian gas supplies. In 2015 net sales to Gazprom amounted to about ten billion dollars. It sounds awesome, but in 2011 it amounted to more than 31 billion dollars. And although last year’s revenue apparently increased slightly, however, to record levels Gazprom is still far. The stock of the company, which once aimed to become the most valuable group in the world has declined since the financial crisis by one quarter. In may 2008, Gazprom 236 billion euros reached on the exchange of the highest praise. Currently, the company is estimated at no more than 50 billion euros.

Therefore, restructuring in Europe is a matter of leadership. The head of the concern Alexey Miller instructed Mikhail Sereda. He is not only Vice-chief and Medvedev, but also supervises the staff of the Board. In September Sereda immediately became a member of the leadership of Gazprom Germania.

What activities in Europe need to be reshaped, became clear to many after the accession of Wingas, said one of the employees of Gazprom Germania. But what it affects first, Berlin, was for holding a complete surprise. Eliminated entire departments. Operations gas storage passed to Wingas. The team, which is engaged in investment in power generation, was dissolved. However, underflow Gazprom Germania finally symbolizes one measure, namely that even the Department for development of the company has been dissolved.
Employees confusing this very rough style. Though Gazprom itself emphasizes that downsizing occurs under the social contracts. According to Gazprom Germania is refuted. There is a consistent dismissal of the German management personnel, such as Directors for development of enterprises in the gas storage or communications. On the contrary, Russian managers do not touch or transferred to other posts.

In Kassel also following with concern developments. Gazprom is engaged in a full inspection, nothing is settled, say in Wingas. At least the location will probably be saved. New Central office, in which Wingas entered only in October 2015 will have to continue to play an important operational role but, apparently, another. As a joint venture Wingas has implemented all trade gas: purchase of gas, long-term contracts on the supply, trade and sales to large clients — housing-and-municipal complex and businesses. Now Gazprom wants to make Wingas only the net firm sales. The company will focus on the traditionally close contact with customers. Trade will take probably GM & T in London. In turn, this company could give a daughter Wingas Gazprom Energy, which itself is actively engaged in the sale of gas to large clients. As a first step in the London United sales activities gas of both companies.

What will happen to the brand Wingas?

Where will be the business management in Europe, is not yet clear. Currently, the daughters are related to each other in a complex way: the head of GM & T Vitaly Vasiliev is in the manual Wingas and Wingas head Dmitry Kotulski is a counsel in the administration of the GM & T. Again, the managers of the group included in the composition of Supervisory boards. Perhaps Berlin as a purely financial holding company without operational tasks will keep formal authority, and perhaps holding for tax reasons move to another place, for example, in Luxembourg.
It is also unclear how the restructuring will affect 550 employees Wingas. Of these, 400 people work at the plant in Kassel. One who is engaged in operational work for the supply or storage facilities, perhaps, need not worry. Overlapping functions such as HR and legal issues or accountancy are likely to be combined with each other. But where?

And one more question is still important for employees in Kassel: what will happen to the traditional title “Wingas”? In public utilities, it has a good reputation, Wingas has long been the only alternative for the then market leader Ruhrgas.

The concept of the Russian owners of the value has only the name with which the company has for many years engaged in advertising for tights team Schalke 04 Gazprom.

Since 2007 this inscription emblazoned on a leotard players in the Bundesliga. Only last year this contract was extended until 2022. Gazprom will translate this time again Schalke from 120 to 150 million euros, according to the newspaper “Sport Bild”. “The big money needs to finally pay off,” — said one of the insiders of Gazprom.