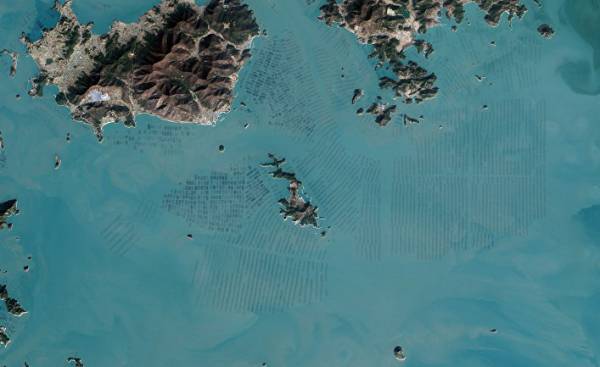 South Korea decided to host the us missile system, and this angered China. The Chinese leadership is concerned that the system is ground-based missile complexes THAAD high-altitude interception will weaken the security of China and will break the strategic balance in the region, as it will allow you to monitor the flights and missile launches in the Chinese territory. However, while North Korea is a source of acute threats on the Korean Peninsula, and opposition to China this missile defense system is pointless and very destructive.

The US and South Korea to host THAAD hurry before the early elections, the South Korean President, appointed on may 9, and China, meanwhile, is tightening economic sanctions, hoping to convince the next President to reconsider this decision. Now seriously affected a few sectors of the economy of South Korea — tourism, production of consumer goods, the entertainment industry.

Chinese travel agencies have suspended the sale of group tours to South Korea. In addition, under the pretext of violation of safety regulations China has temporarily closed 55 stores, discount stores owned by Lotte Group, the fifth largest holding company in South Korea, which provided the land for the placement of the system THAAD. In the Chinese mass-media there were threats that the sanctions can also apply to other South Korean companies such as Samsung and Hyundai.

China is actively trying to take advantage of their position is the largest trading partner of South Korea, it accounts for almost a quarter of the foreign trade turnover of the country, and it is the main source of foreign tourism. (Last year the share of Chinese tourists accounted for half of the total number of foreigners who visited South Korea, more than eight million people).

However, this relationship is difficult to call one-sided. South Korea is the fourth largest trading partner China. It delivers key production components depend on a Chinese company. Moreover, last year the share of industrial components and capital goods in Korean exports to China exceeded 70%. These include, in particular, such important components, such as semiconductors (20%) and panel displays (11%). In addition, South Korea is a source of foreign tourists for China.

Considering all these factors, in the case of the THAAD system will grow into a full-fledged trade war would hurt both countries — China and South Korea. As we have seen in the recent past, the prolonged tension, such, for example, the territorial dispute between China and Japan over the Senkaku/Diaoyu Islands in 2012, can cause serious damage to the economic and diplomatic relations. Now South Korea is considering imposing the question of the Chinese sanctions on the court by the world trade organization (WTO). In addition, the authorities are assessing possible violations by China of the relevant items of the bilateral free trade agreement.

China and South Korea should protect diplomatic relations which they maintain with 1992. But China must understand that the next President of South Korea is unlikely to repeal the decision on the deployment of THAAD as the threat from North Korea. If China will continue to use the pressure, seeking concessions on THAAD, then the only result of these efforts will be the growth of anti-Chinese sentiment in South Korea.

The good news is that the Chinese authorities seem aware of these risks. A clear sign of this was their policy to curb protests against South Korea. The Chinese leadership understands that to realize its ambitions in terms of global leadership, it is necessary to adhere to international norms and to take on increased responsibility. In this context, the steps of South Korea with the goal to connect the WTO (such a formal dispute creates risks for the international reputation of China) can force the Chinese leadership to think about the dangers of escalation.

All this does not mean that the deployment of THAAD system is inevitable. If China sent its energy to curb the North Korean ward, then the threat to South Korea, and hence the need of the South to the advanced anti-missile shield will weaken.

However, in China there are people who put an equal sign between the placement of THAAD in South Korea and arms program in North Korea. In a recent article published in the Chinese Global Times (state, nationalist newspaper), it was stated that in the case of South Korea THAAD system, it will face the Chinese sanctions, equivalent to those already choking in North Korea.

This position does not account for the difference in intentions. The North Korean regime headed by Kim Jong-UN is busy shamelessly attempts to obtain nuclear weapons and Intercontinental missiles to deliver it. And the leadership of South Korea has agreed to host the THAAD system as a response, the defence measures.

Instead of imposing sanctions against South Korea, China must increase economic pressure on North Korea, for example, stopping the supply of oil. But one of economic sanctions is not enough: the Kim regime that is to them for the most part immune. In such circumstances, China needs to conduct a persistent diplomatic work with the United States with the goal of reaching consensus on ways to stabilize the situation on the Korean Peninsula and eliminating the risk of military conflict.

Locked between China and Japan, the Korean Peninsula is, according to an old Korean proverb, “a shrimp between whales”, which he was a victim of unspeakable horror. The Korean war turned into a proxy clash of major powers, which claimed the lives of two million inhabitants of the Peninsula in only three years. Since then, for nearly 70 years, the Peninsula remained divided, and now he appears ready to turn into the most dangerous “hot spot” of the planet. A new major military conflict that will take millions more lives and cause refugee flows, should be avoided.

Warren Buffett belongs to the famous statement: “Only at low tide, you can see who has been swimming naked.” If the world powers will continue to postpone the issue of North Korean threats, they may soon become its victims. The President of the United States Donald trump and Chinese President XI Jinping, who will meet in April, should work together to reduce tensions on the Korean Peninsula, but otherwise they are caught by surprise and without pants.