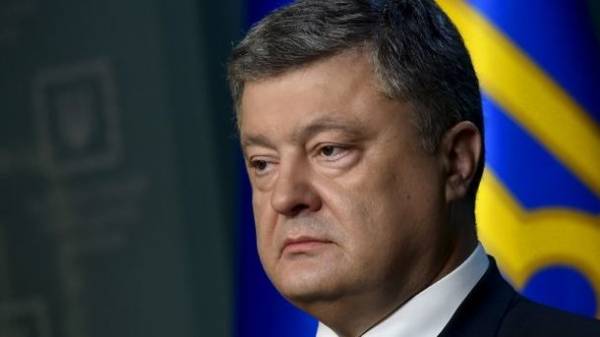 The President of Ukraine Petro Poroshenko has condemned the terrorist attack in London near the British Parliament.

“Shocking condemn the heinous terrorist attack on Westminster bridge. My thoughts are with the victims of this terrible act and their families,” wrote the President of Ukraine on his page in Twitter on Wednesday.

Earlier on Wednesday, March 22, British media reported on the pedestrians on Westminster bridge in London and the attack armed with a knife man at police near the Parliament. The assailant shot.

According to some sources, the attack could involve two people.

London police klassificeret the incident at Parliament as a terrorist act.

As reported Wednesday the British press Association, one woman was killed and dozens wounded in the incident at the British Parliament.

Ukrainian Consul verifies information on citizens of Ukraine who have been affected in the incident in London.