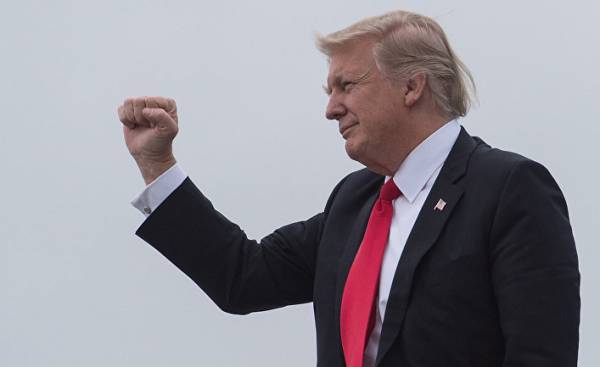 Modernization of us nuclear weapons has worried Moscow, whose economy is spreading at the seams.

Moscow — it could be very good, but the result is bad.

Old song hummed in the Kremlin, waiting for the honeymoon with the President of the United States Donald trump, goes into obscurity, instead there are growing concerns about new difficulties with Washington.

The few clear signals that Moscow still managed to get from the new administration, a disappointing sound for Russian ears.
Trump seeks to find support for increasing the U.S. defense budget to 54 billion dollars, as well as increased pressure on European allies to those in the next few years began to spend more on guns.

The increase in Western military budgets occurs on the background of the fact that many politicians and military warn against Russia, which behaves more aggressively than ever since the collapse of the Soviet Union, and which is constantly increasing military spending.

If measured in rubles, from 2011 to 2015, the Russian defense spending increased more than twice. In the last year of spending on the military amounted to approximately 30% of the expenses of the Russian budget.

Most of these investments go into the General armament programme, with a total cost of approximately $ 700 billion, which was launched in 2011 and should be completed in 2020. Russian involvement in the conflicts in Ukraine and Syria also contributes to increased costs.

A new military-political line has caused concern in some neighboring countries.

“Later this year will be held large-scale Russian military exercises “Zapad”, and we are from the last time they were held, know what there is a speech about the attack on NATO,” — said the Minister of defence of Estonia Margus Zahka (Margus Tsahkna) newspaper Jyllands-Posten.

Compared to neighboring countries such as Ukraine, Belarus, Georgia and the Baltic States, the Kremlin is still a significant military advantage.
“The trend is that the closer a country is to Moscow, the more it perceives Russia as a threat”, says Claus Mathisen (Claus Mathiesen), a lecturer at the defence Academy.

Overall, in absolute terms, the military power of Russia is relatively small compared to the resources at the disposal of the US and NATO.

“The balance of power in the old sense no. Russia does not have those capacities which are NATO”, says Claus Mathisen.

In a recent report published in the Economist, it is estimated that the NATO Alliance in 2016 spent 918, $ 3 billion on defence, of which 664 billion the US has provided, that is, two-thirds of the total.

The exact size of the military budget is discussed, but, according to the calculations of the Stockholm Institute for peace studies Sipri, 2015, it was no more than 66.4 billion, i.e., less than one-tenth of the budget of NATO.

Although the Russian are doing everything to convince others of its military power, analysts are not so bad eyes to not see big holes in the cheese.

This is indicated, for example, delays in the development of several new weapons systems.

And now appeared on the horizon and new troubles. Because if you believe the words of Donald trump, now will start the modernization of the U.S. Navy and the buildup of offensive nuclear forces.

Both very problematic for the Russian.

As regards the naval sector, in the 25 years that have passed since the collapse of the Soviet Union, Russia has had to abandon ambitions to have a powerful blue-water Navy.

“In practice, the Russian fleet has become a force that operates in shallow water and focuses on protecting coastal waters and the coast,” says Michael Coffman (Michael Kofman), American naval expert of the analytical Center of naval analysis (Center for Naval Analyses), analyzing Russian military reform.

The only Russian aircraft carrier “Admiral Kuznetsov” is a very good illustration of these problems.

The aircraft carrier, which was constructed in the late 1970-ies and was first named “Leonid Brezhnev”, recently on the way from polar Murmansk to the shores of Syria began to cough and to produce a plume of smoke. On his return home last week, it was announced that the ship will be a vast upgrade, and therefore will be out of action for the next two years.

The threat of an arms race

Nuclear weapons could potentially be an even more sensitive issue for the Kremlin.

For now, although the preponderance of conventional weapons in favor of NATO is obvious, Russia has managed to maintain parity with the USA in nuclear weapons countries.

The last agreement on strategic arms reduction, New Start, valid until 2021, sets an upper limit on the number of nuclear missiles, what generally for Moscow. But nobody knows whether they want US led by trump to renew this agreement on the same terms.

There are also signs of possible changes on the issue of ground-based medium-range missiles, which in fact, since 1987, has been banned by the so-called INF Treaty, but Russia has apparently breached the contract by equipping their units with ground-based nuclear missiles.

All this can bring to life the arms race, chances of winning which in the long run, the Russians tend to zero.

“Russia may be a member of the race of nuclear weapons, which its economy would not last long”, says Claus Mathisen from the defence Academy.

Now, hear the strained whirring of the Russian budget this year: in December it was announced that military spending in 2017 will be reduced by about 6% compared to last year. 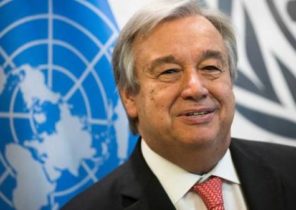