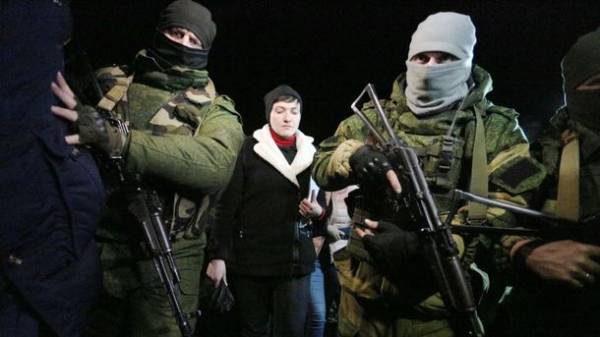 The people’s Deputy of Ukraine Hope Savchenko in conversations with the security Service of Ukraine has not confirmed the information about his participation in the joint with the militants of the so-called “DNR” firing in the occupied territory of Donbass, said the TV channel “112 Ukraine”, who previously filed a notice of opposite content. About it writes “Radio Freedom”.

As stated in the disclaimer on the website of the TV channel, the quote the head of the SBU Vasily Gritsak was filed correctly and in fact he said that Hope Savchenko has not confirmed published in the mass media of the facts about her involvement in these firings.

Nadezhda Savchenko visited the occupied part of Donbas in late January, in her own words, illegal routes, which runs “contraband”. In this regard, and reports on the likely calls for Savchenko to the Ukrainian forces to disobey the authorities, security service of Ukraine conducts checks.