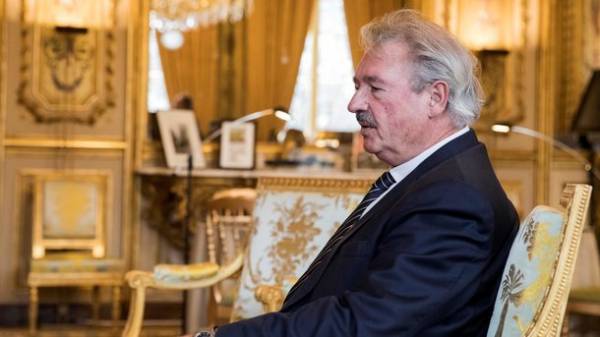 The Minister of foreign Affairs of Luxembourg Jean Asselborn believes that it is not necessary to strengthen sanctions pressure on Russia, as it will not help to liberate the occupied Ukrainian lands. He told about it in interview to the edition LIGA.net.

According to him, the strengthening of sanctions against Russia will not help resolve the Ukrainian crisis.

“This conflict cannot find a solution without Russia. I’m not talking about the decision against Russia. But without Russia we will not find solutions. But the debate about the easing of sanctions against Russia – it is a philosophy. It’s a miracle that we have these sanctions, and nobody’s really trying with a hammer to destroy them in the EU. It was difficult to combine and consolidate the position of so many countries with different histories and interests. But I do not think that tougher sanctions against Moscow now will bring the world even a millimeter of Ukrainian land. I don’t think so,” said the foreign Minister of Luxembourg.

In his opinion, the EU needs to show Russia that it is more profitable to be friends with the West than be in a confrontation.

“We need to show Russia that in economic terms the EU is a very important player. We in the EU are still the strongest economic force in the world. I may be wrong about sanctions. But I do not see the benefits in increased pressure. We must show the Russians that their real interest is to have normal relations with us. But we can’t have normal relations, without solving the problem of the war in the Donbass,” – said Asselborn.

Earlier, the EU Ambassador to Ukraine Hugh Mingarelli said that the EU is not going to toughen sanctions against Russia for the recognition of passports “L/DNR”.