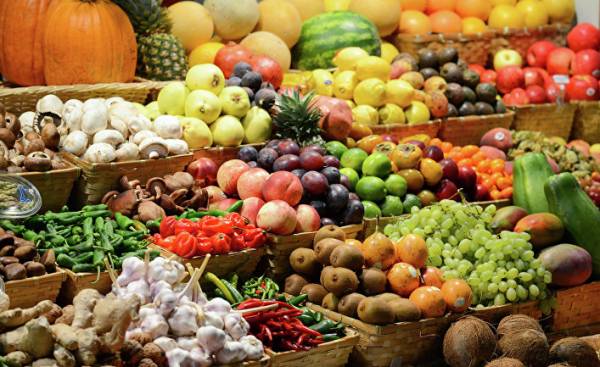 Turkey is still paying the price for airplane crisis in relations with Russia. Although some types of Turkish products Russia lifted economic sanctions, an embargo against agricultural products with a market share of $ 425 million, including tomatoes and grapes, continues to operate.

After the destruction of the military plane on the grounds that “it violated Turkish air space”, Russia 1 January 2016 made some economic sanctions and introduced a ban on imports of many food products from Turkey. The ban includes tomatoes, oranges, apples, apricots, cabbage, salt, broccoli, mandarins, cucumbers, pears, peaches, plums, grapes, strawberries, onions, cloves, chicken and Turkey.

Embargo lifted, but the losses are large

After the normalization of relations with some of these species (oranges, mandarins, apricots, peaches and plums) the ban was lifted on 9 October 2016. Recently it was also announced the elimination of obstacles to import of onion, carnation, salt, cauliflower, and broccoli. In 2015, exports of these products amounted to 18.3 million dollars, of which exports of carnations — 3.4 million, salt — 3.2 million, of onions 8.7 million, cauliflower — 574 thousand, and chewing gum — 2.4 million. Although after the embargo has increased the exports of these goods to other markets, because of the ban Russia to achieve than the previous year failed.

On the other hand, is saved the Russian ban on the import of chicken meat, Turkey, tomatoes, cucumbers, grapes, apples, pears, strawberries. Total exports of these products to Russia in 2015 was more than $ 425 million.

The export alone of tomatoes were recorded at the level of 258,8 million dollars, the grapes of 97.6 million. In addition, as for other types of products embargoed, the value of exports of chicken meat totaled $ 8 million, Turkey — 655 thousand, cucumbers — 27 million, apples — 13 million, pears — 3 million, strawberries 17 million.