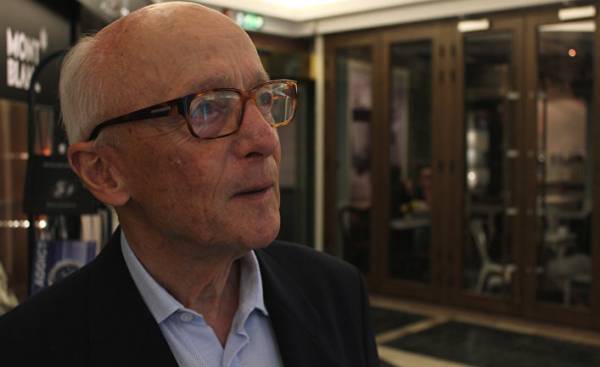 “NATO hints that Ukraine could become a NATO member, launched a completely unnecessary aggravation of contradictions between Russia and the West,” said the Cortex Willoch (Kåre Willoch) in conversation with the correspondent of VG.

On Friday, the 88-year-old Willoch, super-veteran party, the Hare, made a speech at the party Congress.

In his speech he, in particular, appealed to members of Congress asking them to vote against the proposal to abolish child benefit in exchange for something to make the kindergartens free of charge.

Willoch did not speak at the Congress about security policy, which is very worried about him when he was Prime Minister and later, in 1990-e years, — the head of the defense Commission.

But in an interview with VG he went quite far, saying that NATO and the West exaggerate the threat from Russia:

“No one may be interested in a defensive vacuum. I don’t see any direct evidence that Russia has become much more dangerous”, — says Willoch.

Crimea will not return

Questions about whether the sanctions imposed by the EU and NATO countries against Russia, the change in the Russian position, Willoch says:

“I do not see any realism in the expectations that Crimea will return to Ukraine. And when you consider the expectations of those who live in the Crimea, they also expressed no desire to return”.

How NATO and Russia can normalize relations?

“I assume that influential circles in NATO think about what you can find a way out of the situation with the sanctions. When introduced punitive measures are not always thoroughly thought out, then this situation out. And if anyone thought that Russia will leave the Crimea because of the sanctions, it was not particularly realistic.”

Europe will be better

Willoch gives NATO a clue as to what to do:

“Europe will be better if the Russian economy improves. In the economy there is a strong interdependence. A state in which everything is good, easier to hold at rest,” — says Willoch.

He describes the initiatives of the new U.S. President Donald trump as a “serious and bold” and adds that such a big state can not be controlled by the method of the whim.

“But I think that trump will not last long. Do not think that all Americans are unbalanced. In the longer term there is hope, especially if we remember that in fact, Hillary Clinton received more votes than trump,” says Cora Willoch.

The distribution of the burden

But he adds that the fact that the United States should bear such a large part of the burden of military spending is unacceptable, and that he understands American requirement to share the burden.

About the debate in the party the Hare on the NATO 2%, Willoch says the following:

“My government managed to reach a compromise when all parties agreed on what we will spend on defense by 3%. Due to this, the military experts were able to determine the details, and I think it was reasonable. If the decision of where to locate airports, takes the Storting, to anything good it does not”.