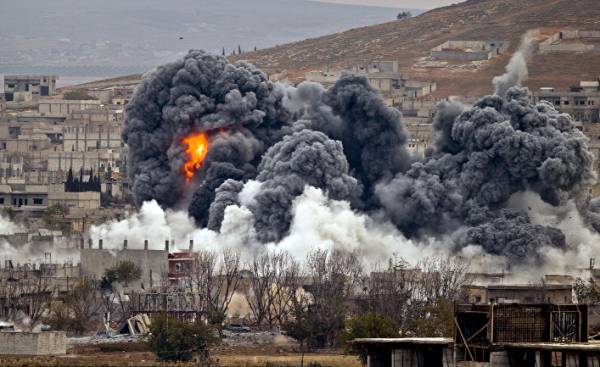 The new U.S. administration continues the anti-Russian policy, which adhere to the former owners of the White house, headed by former President Barack Obama. United States, apparently not very satisfied with counter-terrorism operations in Syria. Because Russia is not invited to the summit of the international Coalition to combat “Islamic state” (banned in Russia — approx. ed.), which suits Washington.

As informs news Agency IRNA, the US was invited to Washington to participate in the summit of the so-called Coalition against the NEEDLES 68 States. The beginning is scheduled for March 22. However, the name of Russia is not listed.

Moscow newspaper “Kommersant” on Friday wrote: “mark Toner, acting state Department spokesman USA, reported some details of the upcoming summit, and among other things said that it will not take part”.

The American official recalled that Russia is not included in the number of States parties to the international Coalition against ISIS, and therefore not invited to the summit of this organization.

This decision WA announced at the same time, when some media reported that the President of the United States Donald trump despite his pre-election statements of intent to cooperate with Russia in the fight against ISIS, going so far from such cooperation to refrain.

And the Russian media, as reported by the news Agency Associated Press writes that trump is going to postpone the signing of the agreement with Russia on cooperation in the fight against ISIS “indefinitely”.

Washington intends to carry out the mentioned summit without the participation of Russia. America refrains from cooperation with Russia to combat ISIS, despite the fact that Russia and Iran play the biggest role in counter-terrorism operations in Syria, supporting both interaction with the authorities of Syria and Iraq.

Russia from October 2015 at the request of the legitimate government of Syria is waging a systematic struggle against the forces of terrorists in this country. Through its videoconferencing, it had already eliminated a lot of the reference points and the positions of militants in different parts of Syria.

The result caused the Russian VKS airstrikes ISIS has lost a significant part of its military offensive potential, and numerous combat units of the terrorist organization was defeated.

The refusal of Washington to invite Russia to participate in the summit of the international Coalition in the fight against ISIS can be regarded as another anti-Russian demarche of the new American leadership.

The first anti-Russian attack since the coming to power of trump and the formation of the Cabinet took the U.S. Congress on Wednesday 8 March 2017. For the U.S. Department of defense imposed a ban on any cooperation with Russia or signing her agreement in the field of armaments.

The U.S. Congress has approved the program of military cooperation of the USA with other countries by 2017 having the force of law. According to the document, the Pentagon is forbidden to use the country’s military budget for the implementation of any agreements in the field of armaments, in particular with the Russian company “Rosoboronexport”. Thus, any cooperation in this area is prohibited completely.

The U.S. Congress previously argued such a ban under the previous us administration regarding military cooperation between the us military and Russia. This law was signed by former us President Barack Obama.

At the last stage of his presidency, Obama signed a law on the budget of the United States, which did not provide for financing any programmes of cooperation with Russia.

Moving to the White House the new American administration led by Donald trump initially promised some hope for the normalization of relations with Russia after the cold war has seen the worst. But now they are gradually melting. 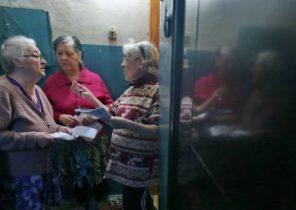 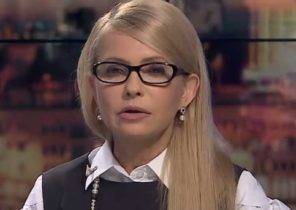