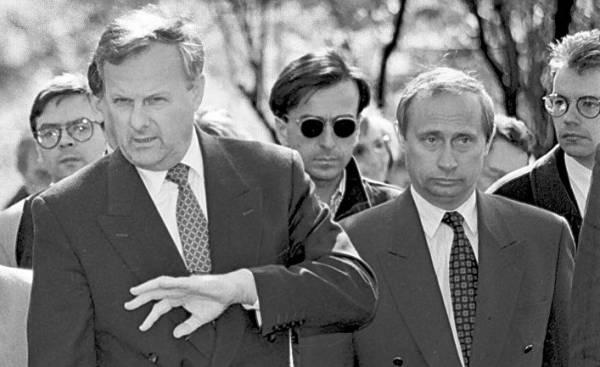 “Sometimes, during meetings with Putin, we began to speak on wider topics concerning Russia. At that time in Russia was the experience of carrying out democratic reforms and introduction of market economy. Initially, this resulted in disorder and anarchy. Reasonable decisions on economic issues in Parliament and the municipalities to achieve was particularly hard. Putin was very upset this state of Affairs.”

“I told Putin that the simultaneous active development of democracy and market economy can be for Russia too. Asian model in which the market economy combined with an authoritarian system of government would be the best solution. I was under the impression that Putin is very interested in what was happening in China.”