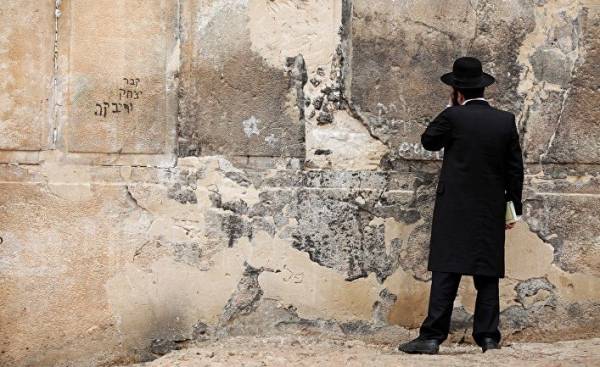 The case of the Lavon affair (aka in Israel called “Shameful thing” — approx. ed.) occurred in Israel in the distant 1954, the year. But recently saw a light book full of accurate details about the surgery, known in his time called “operation Susanna”. Despite the fact that it’s been more than 63 years after the biggest scandal that happened with the intelligence agencies of the state of the occupant Israel in Egypt, recently, the newspaper “Yediot Ahronot” (translated from Hebrew “the Latest news” — approx. TRANS.) published information about a rare book, full of interesting details about the scandal that occurred in the fifties of the twentieth century. Thus again the minds of the public was again agitated, and expressed interest in this case.

The Matter Of Lavon

The Israeli newspaper “Yediot Ahronot” in his report said that the new book contains the secret, previously unpublished information, in the case of Lavon. The book surfaced some time ago when she came across an Israeli historian and researcher Baruch Villach, bought a few books from the antiquary, among whom was this interesting book. Among the materials of this book of photographs and handwriting recognition group of Israeli spies who were detained by the security services of Egypt. This book demonstrates the case of Lavon by Egypt, showing how during that period in tel Aviv for a long time sought to conceal details of the case from the Israeli public. In particular, the scandal in the case of the Lavon shook the foundations of Israeli society and led to the resignation of David Ben Gurion, who at that time held the post of Prime Minister. This book also contains handwritten recognition, the data of the Egyptian authorities, Israeli spies involved in the operations. The names of spies are accompanied with their pictures, information about the British structures, the installation path of explosives, a complete description of operations, locations and photographs of those who should have been killed.

The book confirms the fact that the Mossad recruited Egyptian Jews under the “band 131,” the mission was to conduct sabotage operations in the Arab countries. The number one goal was the overthrow in Egypt of king Farouk, which was hostile towards Israel. Among other goals — create a bad impression to Washington and the undermining of British-Egyptian relations. The exercise is expected, setting a bomb in theaters and mail divisions, blaming the Egyptians. However, Egyptian intelligence has uncovered an Israeli terrorist network that was in charge of the military intelligence service of Israel.

This is not the first book about the Lavon affair, which tells the story of the Israeli spy operations in Egypt. In 2009-m year, the Israeli spy Azzam Azzam has issued a book called “You a Mossad agent?”, in which in all details told about eight years in an Egyptian prison. He was charged with espionage in favor of Israel, and the initial sentence in accordance with the sentence was 15 years. Azzam Azzam was arrested in 1996, the year in Cairo on charges of espionage, after it was proven that he wrote the secret information on women’s underwear and passed them on to Mossad, to which he was undercover as a seller of textiles between Egypt and Israel. After the exposure he was sentenced to 15 years imprisonment with hard labour. However, he was released after eight years in the political Amnesty in 2004. Then Sharon, the former Prime Minister arrived with a delegation to Egypt for talks on the release of Azzam in exchange for six Egyptian students who were arrested by Israel in the occupied Palestinian territories in December of the same year.

Azzam Azzam, a Druze by birth, often repeated on the pages of his book of endless torture and violence, from which he suffered in an Egyptian prison. He wrote about the fact that I will never forget how he was stripped naked, beaten, hung by his feet and lowered his head into the water. At the same time high-ranking officials of Israel have turned to him just in the portraits hanging on the wall. No one helped, and supported his family. Is that two years after release, pushed him to sue the company “Tevron”, on which he worked and which sent him to Egypt, demanding from it compensation in the amount of 7.5 million shekels.

In the same period, when Egypt uncovered the plan of Lavon that was happening on the Egyptian territories, Israel acted Egyptian spy, Rifat Jamal, who immortalized his life story in the book “Deceiving Israel for 18 years… the story of an Egyptian spy Rifat Jamal”. This book is a confession, which he did when he found out he had cancer, and his days of living are numbered. The book was left to his lawyer, with the requirement to transmit it to his wife, Rifat only 3 years after his death. The wife, in turn, added to the original text the story of their meeting and life together in Israel, Germany, description of relations with the leadership of Israel and what happened after the death of her husband.

This book is the true story of Rifat Jamal or “Jack Python”, the spy, whom the Egyptian authorities have placed in Israel for many years, locking him in enemy territory, and which nobody could reach 18 years old. No one but he has not reached such heights as friendship with an enemy state such as Ben Gurion, Ezer Weizman, Moshe Dayan, Teddy Kollek. Diane even put forward his candidacy in the Israeli government, but Jamal denied this fact.