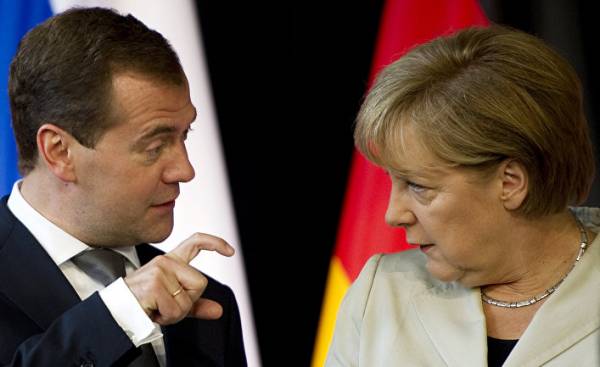 Today corruption in Russia is on a high level already at anybody is not surprising, therefore, unlikely attempts of Alexei Navalny to disclose details to the luxurious lifestyle of the Russian Prime Minister Dmitry Medvedev will increase the chances that anti-corruption victory in the presidential elections of 2018. However, his exceptional investigative journalism still makes an important contribution to our understanding of exactly how the mechanism of corruption at the top of the Russian state hierarchy, and that these diagrams can tell you about long term plans and the geopolitical views of Putin’s team.

Investigation of the Fund of struggle against corruption Navalny is based on earlier work of Russian journalists who has managed to detect the network of non-profit organizations, managed by former classmates of the Prime Minister, partly in the interests of Medvedev.

Navalny and his team gathered documentary evidence that Medvedev regularly uses luxury residences in Central Russia and the black sea coast. According to the documents, these residences run by charitable organizations, which, however, do not provide assistance to preferential categories of citizens. Meanwhile, these organizations get donations from some rich Russians, including the founders of the gas company “NOVATEK” and Alisher Usmanov, who owns shares of many companies, including Facebook and Russian mobile operator “MegaFon”. Usmanov, the investigation showed Navalny, gave one of the funds a luxury building that later became Medvedev’s residences. As noted by Navalny, these non-profit organizations not engaged in active charity and do not submit reports on their activities to the justice Department.

These non-profit organizations also received significant sums of money from the state or having connection with influential people in banks. The evaluation of the Bulk, the total amount of loans and donations from the oligarchs to the funds managed by the classmates Medvedev, is 70 billion rubles ($1.2 billion).

However, the team Navalny failed to prove that the beneficial owner of these assets — land, buildings, yachts, vineyard in Italy, with a Villa of 30 rooms is Medvedev himself. Medvedev’s press Secretary Natalya Timakova called the Bulk of work attempting to begin campaigning: Navalny was the only person to have declared their desire to participate in the presidential elections of 2018. “Comment on the propaganda attacks of the opposition and the convict character, who said that he already has some campaign and fights with the power of sense,” she said. (The conviction, which she mentioned, was made at the re-examination of the case Navalny in court on trumped-up charges, although previously the Supreme court and the European court of human rights overturned the verdict.)

Medvedev, who was President of Russia from 2008 to 2012, when Vladimir Putin was forced to take a break in order not to violate the Constitution, very much more moderate Russian liberals. This former lawyer from St. Petersburg seemed more soft in comparison with Putin. Some Russians saw it as an opportunity to embark on a path towards more modern and oriented to the West of Russia, so Putin’s decision to return to the Russian presidency in 2012 has destroyed the hopes of these people. If elections in Russia were really honest, the moderate liberals would be the target audience Bulk: his anti-corruption campaign and the investigation could discredit the whole class of the current Russian elite.

However, Russia cannot be called a functioning democracy. It is possible, Bulk can’t even run: for this he will need to overturn a conviction. In addition, there are many other ways to take him out. Even if he would be allowed to nominate his candidacy, he will not be able to access on the main Russian TV channels, which belong to the state, and his campaign will prevent with all means available. The relatively high result on elections of the mayor of Moscow in 2013 — 27% — can hardly be regarded as a rough forecast of its chances in the presidential election, as the other regions of Russia is much more conservative and longer impressive stories about corruption at a high level — in the end, corruption in Russia has always been.

Anti-corruption investigation is a powerful tool of promotion for Bulk. The film is about the Prosecutor General Yuri Chaika and his sons, which he posted to YouTube in 2015, scored 5.3 million hits. Recently appeared in the movie network is devoted to the investigation of Medvedev, have scored 2.2 million views. In the end, he is likely to surpass the film is about a Seagull. However, these figures are comparable with the size of the audience of just one Pro-Putin talk show on one of national TV channels. Therefore, the Bulk might wish that his investigation had a political impact, in the current circumstances, his opportunities are very limited.

Meanwhile, the missing link in the investigation devoted to the Medvedev — the lack of evidence for a direct relationship between the Prime Minister and the property and assets managed by his classmates — can tell a lot about the desire of Putin and his entourage to stay in power.

Journalists who have studied the Panama documents, discovered suspicious activity, which led people associated with Putin, but was unable to find evidence of the involvement of the Russian leader to all of this. It is quite possible, this connection is really just no. As a former agent of the intelligence services, Putin apparently believes that Western intelligence agencies are constantly looking for incriminating information and ways to squeeze it in the financial sense. So the best option is to nothing to own, and to rely on schemes involving old and time-tested friends.

Find property owners, which is Medvedev, it is impossible: the owners simply do not have, and any attempt to find in the documents any trace of lead to one of the charities that does not have to make money or pay dividends. If Medvedev is indeed a beneficiary of this predominantly domestic scheme, he will lose everything in case of Putin’s departure from power. This will only need to change the leadership of charities, their founders, the oligarchs can easily arrange, and the banks will need to cease to provide them with financial support.

While Russian officials are subordinate to Medvedev, actively use offshore companies (by the way, Putin is very unhappy with this — for reasons related to national security) and register their palaces in Spain and Switzerland on these companies, Putin and Medvedev refrain from the use of such methods, although their close friends and assistants had greatly enriched.

This is a very powerful incentive in order to stay in power as long as possible. Although the Russians apparently already resigned to corruption at the highest level or at least learned to close her eyes, it is quite possible they are not yet ready to accept that the many mansions and yachts will belong directly to the President and members of his entourage. Meanwhile, indirect schemes fall well within the Soviet tradition, which was to allow the leaders to live well until they run the country.

With regard to Bulk, each new investigation confirms its status as the excellent Russian journalist and fighter against corruption. Professional press can not compete with him or even to report on its investigation in detail because it fears punishment. Meanwhile, in the case of the lone warrior, even such a staunch, like Navalny, Russian leaders likely believe that they have nothing to fear.