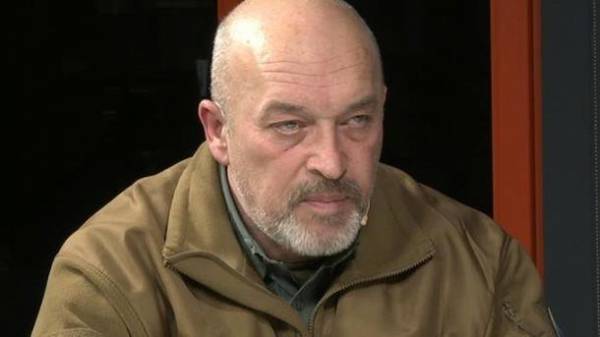 Deputy Minister for the occupied territories, the George Tooke urged the security Service of Ukraine to prosecute the organizers of the blockade of Donbass. About this he wrote in Facebook.

“Enough “observe” the Prosecutor General’s office and the SBU – the organizers of the “blockade” Garden, bereziuk, Semenchenko, Sobolyev, Parasyuk should be prosecuted. The SBU is closely monitoring the situation and immediately and harshly punish any provocative actions which are directed on strife and the split of the state. Such provocations should be expected from both “representatives of labor collectives”, and “Self help,” wrote Tuck.

He noted that the government should take all measures to eliminate the probable confrontation between blocking and the workers of the enterprises.

Also, the official believes that the government and the security service should immediately develop an action plan to minimize the negative consequences for industry and the state budget of Ukraine from the seizure of Ukrainian enterprises in the Donbas.

As reported yesterday, the Minister of internal Affairs Arsen Avakov stated that the responsibility for the blockade of Donbass are the mayor of Lviv Andriy Sadovyy and the head of the parliamentary faction “Samopomich” Oleg Berezyuk.