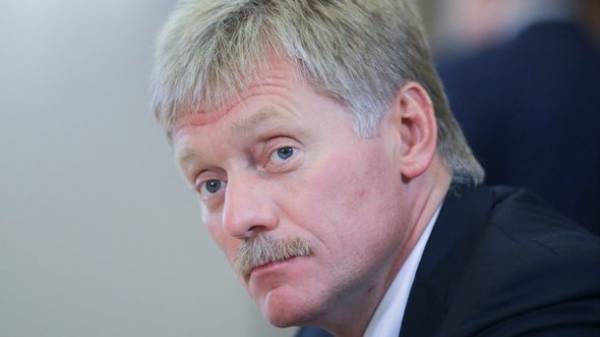 The Kremlin claimed that we can understand the so-called “nationalization” of Ukrainian enterprises of the insurgents in the temporarily occupied territory of Donbass. This was stated press Secretary of the President Dmitry Peskov, reports “RIA Novosti”.

“I don’t think the word “spin” applies here… basically we are witnessing the fact that “seized” their state region fall into the more difficult position of being in complete blockade by extremist elements. So, of course, to some extent we can understand the actions of “leadership” in these regions… we are Talking about the lives of several million people, so, of course, people need to survive,” — said Peskov.

Speaking about the possible opening of the Russian market for these companies, Peskov said that has no such information.

We will remind, earlier the SBU intercepted conversation of the leader “DNR”, Zaharchenko, which indicates the intention of the rebels to use the blockade of Donbass to capture enterprises.