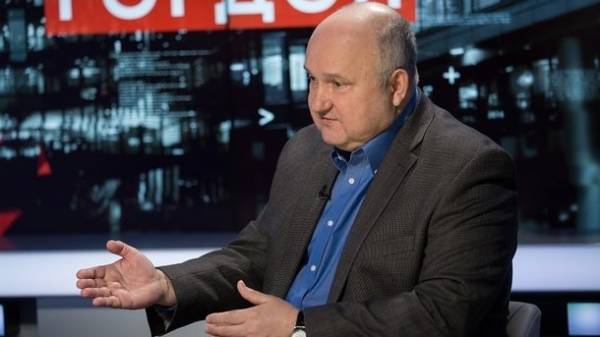 Military adventure against Ukraine, Russian President Vladimir Putin bared the Eastern flanks of their country, than China may take advantage for capturing new territories. This was told in an interview Dmitry Gordon, the former head of the SBU Igor Smeshko.

“And Putin – the man who wants to go down in history as the gatherer of Russian lands. He’s decisive, it was the environment that gladly gives it the illusion that he is king and anything is possible. Being in the Kremlin, and often driving on the road the real Russia, it is very easy to imagine that you rule the world”, – said the former head of the SBU.

However, he draws attention to the fact that industrial production in Russia over the past year by a few percent was lower than in Spain, for example, in California, which produces more than Russia.

“A little more than 140 million people live on 1/8 of the planet… what Putin has done is a gamble: it is fully exposed Eastern flanks, where almost no troops. And there hang two billion people in China… Who can predict that in the future they do not want to follow his path? If he is opening a Pandora’s box, said that the need to protect Russian-speaking population, and they may try to protect those who speak Chinese,” – said Smeshko.

Earlier Putin warned from seeking an ally in China.