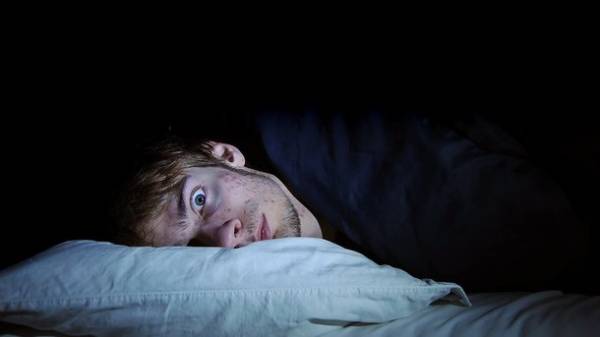 Night studying for exams, parties, important work tasks, birth of a child – most of us sooner or later faced with the forced insomnia. But if a temporary lack of sleep will not cause health harm, prolonged sleep deprivation can cause serious problems, writes likar.info.

“Sleep is the Foundation of good health along with proper diet and regular exercise, says certified clinical sleep Terry Kral. – These three factors are so intertwined that each must be a priority. It may seem that the couple sleepless nights – a feat worthy of praise. But look at what will have to face your body.”

A veteran of the U.S. army, Scott Kelly knows about sleep deprivation firsthand. In the service he many times had to stay awake for more than 24 hours. Military training and the regular bump of adrenaline allowed Kelly to function well, but under normal conditions, a night without sleep cause cognitive impairment comparable to alcohol intoxication. A 2010 study published in the journal of Occupational Medicine and Environmental Health, showed that a person’s memory, coordination and clarity of thought.

“To make decisions becomes more difficult, says Kral. – You become inattentive, over-emotional, starting to lose some hearing and are at increased risk of accidents”.

At this stage health begins to be compromised. After 36 hours of wakefulness blood test shows high levels of inflammation markers that may lead to increased blood pressure and heart rhythm disorders. In addition, under the influence of hormones, the person ceases to control their emotions.

“The head starts to buzz, there is a weakness, and the motivation completely beats. In some cases, I acted on autopilot, and of the events immediately fall from memory,” recalls Kelly.

After two days without sleep, the body begins to compensate for the lack of energy through microcon – short periods of sleep lasting from one to thirty seconds. Usually this condition is accompanied by growing confusion.

“Microcon can occur at any time, no matter what you do, says Kral. – This is especially dangerous condition for drivers, when a few lost seconds can lead to tragedy”

“Even a simple conversation becomes an issue, says Kelly. – Hallucinations. One day I was on guard and saw someone sneaking into the camp with a gun at the ready. Ran to the “enemy”, I realized that actually looking at the branches of trees or the shadow.”

How long can a person live without sleep

One of the most famous experiments to study this question, held in 1989. Scientists have discovered that rats totally deprived of sleep die within 11-32 days. Still not established what exactly caused the death of animals. Methods used to maintain wakefulness, also could cause death to the rodent didn’t fall asleep, they are constantly beaten by an electric current.

The question of how long without sleep can do people, remains unanswered. Outside of the lab, people were dying from a rare genetic disorder – fatal familial insomnia. The disease progresses rapidly, accompanied by hallucinations, weight loss and development of dementia. The most famous patient with this diagnosis – Michael Cork. He died after 6 months of total sleep deprivation, but as in clinical experiments on animals, it is difficult to determine whether insomnia is the main cause of death.

In 1960-e years the high school student Randy Gardner decided to break the record for the long wakefulness. In the experiment, he earned eyesight, speech and memory. By the end of the experiment, the boy began to hallucinate. All these symptoms developed in 11 days.